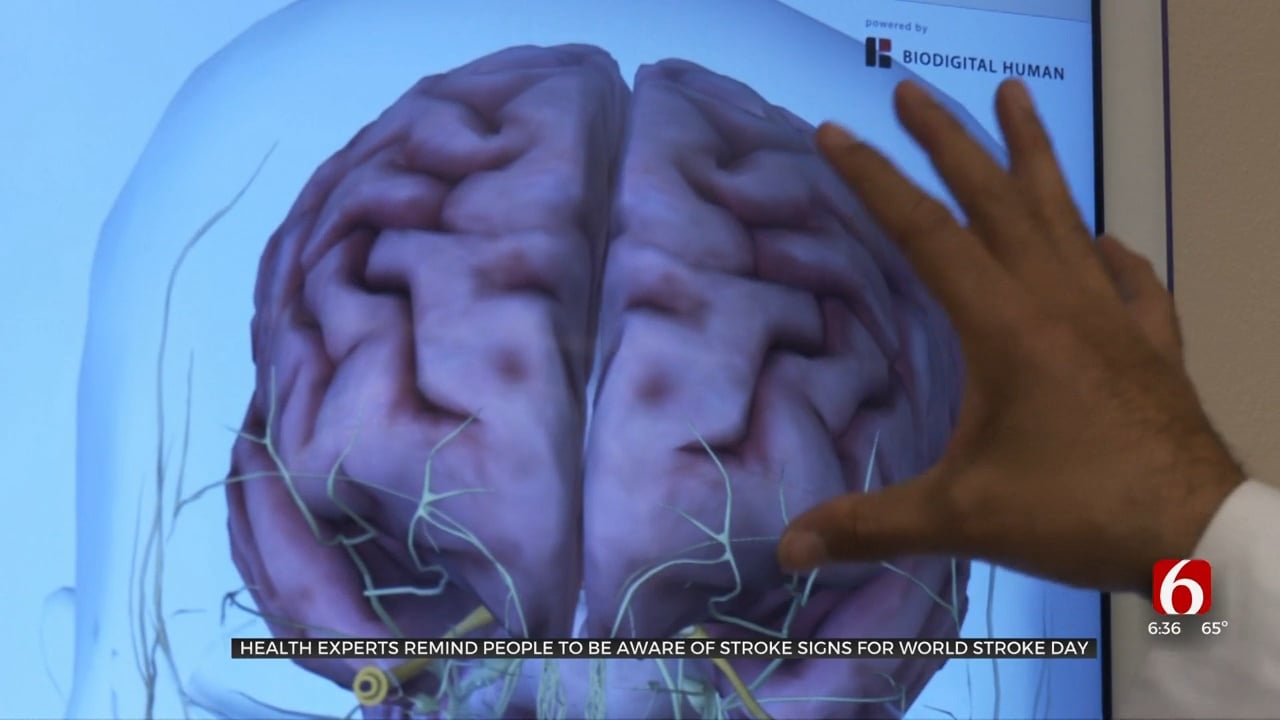 Stroke is one of the leading causes of death in the United States, and a Tulsa doctor said knowing the signs can save lives.

Every 40 seconds, someone in the United States has a stroke. Every 3.5 minutes, someone dies of a stroke.

Tulsa neurologist Dr. Andre Fredieu told News On 6 that there are two types of strokes, one of them being an Ischemic stroke.

"That's when an artery is blocked by a clot, that makes up about 85 to 88% of strokes," Fredieu said.

The other is a Hemorrhagic stroke, which is usually caused by a blood vessel rupturing or having high blood pressure.

"What we call Hemorrhagic stroke or bleeding stroke, that makes up roughly the other 12 to 15%,” Fredieu said.

Fredieu said when someone has a stroke, every second that goes by is crucial.

The American Stroke Association wants people to remember the acronym B.E.F.A.S.T. for recognizing a stroke:

B stands for balance: Watch for a sudden loss of balance. E stands for eyes: Check for vision loss or blurriness. F stands for face: Look for a droopy or uneven face. A stands for arm: Check if one arm is weak. S stands for speech: Listen for slurred speech. T stands for time: Call 911 immediately.

"The sooner patients get in and they are evaluated, the greater the chances are we can get them into a rehab program whether that be inpatient or outpatient, and that can hopefully get them back into functioning as high as they were before they entered the hospital," Fredieu said.

Fredieu told News On 6 that he hopes people don't fear stroke but instead learn to be aware of the signs of stroke so one can be treated as quickly as possible.

Doctor On Call: Anxiety In Teens