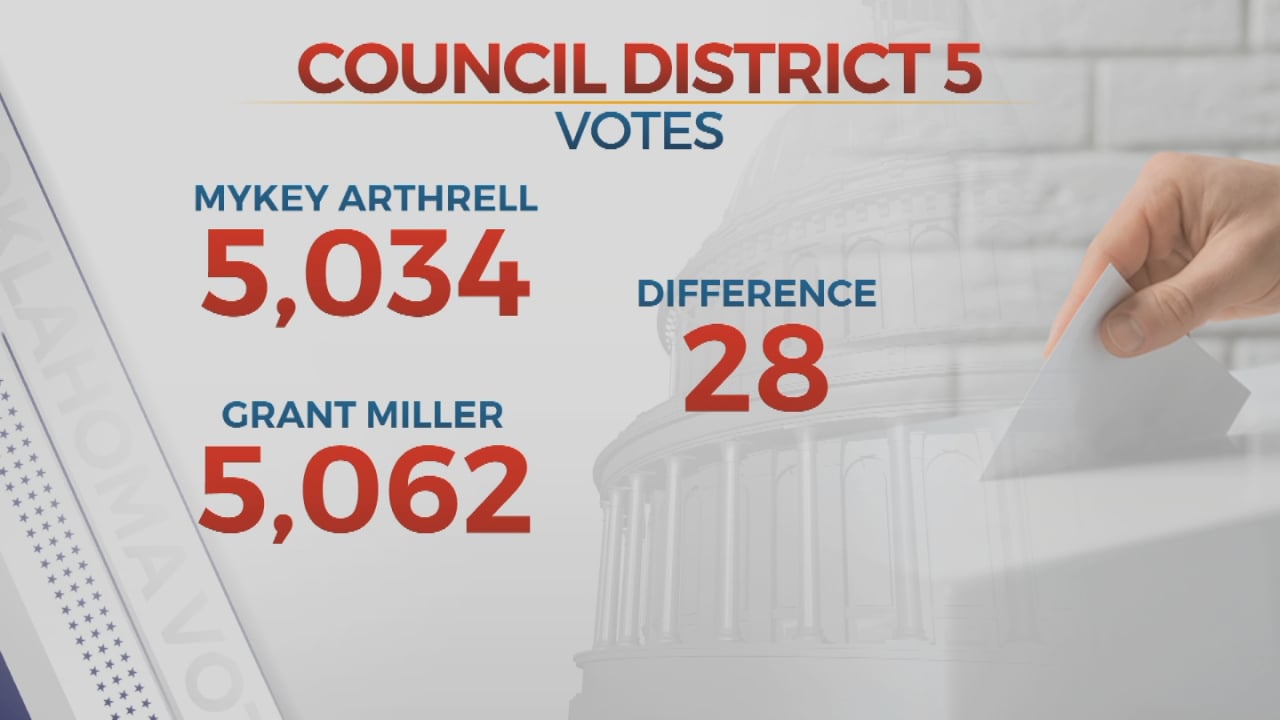 The Tulsa County District Attorney will decide whether three poll workers could face criminal charges after a voting investigation at an east Tulsa precinct.

The county election board said about 30 people did not receive a ballot to vote for a city council race.

The incumbent hopes a judge will have the final say on what to do about the tight race but his opponent does not believe that will make a difference. The District 5 City Council race results show just 28 votes separate Incumbent Mykey Arthrell from challenger Grant Miller.

Arthrell said he plans to file an irregularity claim by Friday, which would pivot the issue to the courts after the election board said on Tuesday about 30 voters did not receive a ballot for the race.

“The results of this election hinged on those votes,” Arthrell said.

Miller said he does not believe going to the courts will change anything, and hopes those voters' decisions were already accounted for. The election board has not said whether anyone who did not receive a ballot in the morning, came back to the polls later to vote.

"I assume that they did their due diligence. They had 12 hours to get a hold of those voters,” Miller said.

Miller shot a video at the precinct with the problems, after getting calls from voters.

Miller: "So you did deny Republicans city council ballots?”

Response: "Yes, we made a mistake,” was heard in the video.

In a news conference Tuesday, Tulsa County Sheriff Vic Regalado, who endorsed Miller, said this about who was impacted:

"The pollsters did indeed in fact get interviewed and confirmed that they did not hand out yellow ballots, which were the city council ballots, to Republicans and they were only handed out to Independents and Democrats,” Regalado said.

Minutes later, Tulsa County Election Board Secretary Gwen Freeman gave specifics on who was not given a ballot.

“The breakdown on those voters, as we can see. This is as best as we can find. There were 19 Republicans, seven Democrats, four Independents, one Libertarian that was denied the city council ballot,” Freeman said.

Mayor GT Bynum saw both candidates outside City Hall Wednesday, and had this to say on ‘6 in the Morning’:

"I'm operating under the premise that Grant Miller won the campaign last night,” Bynum said. “I've already reached out to congratulate him on that. But we'll wait and see what happens between today and whenever that election is certified."

The results of the election are set to be certified on Friday. This issue could go before a judge next week.