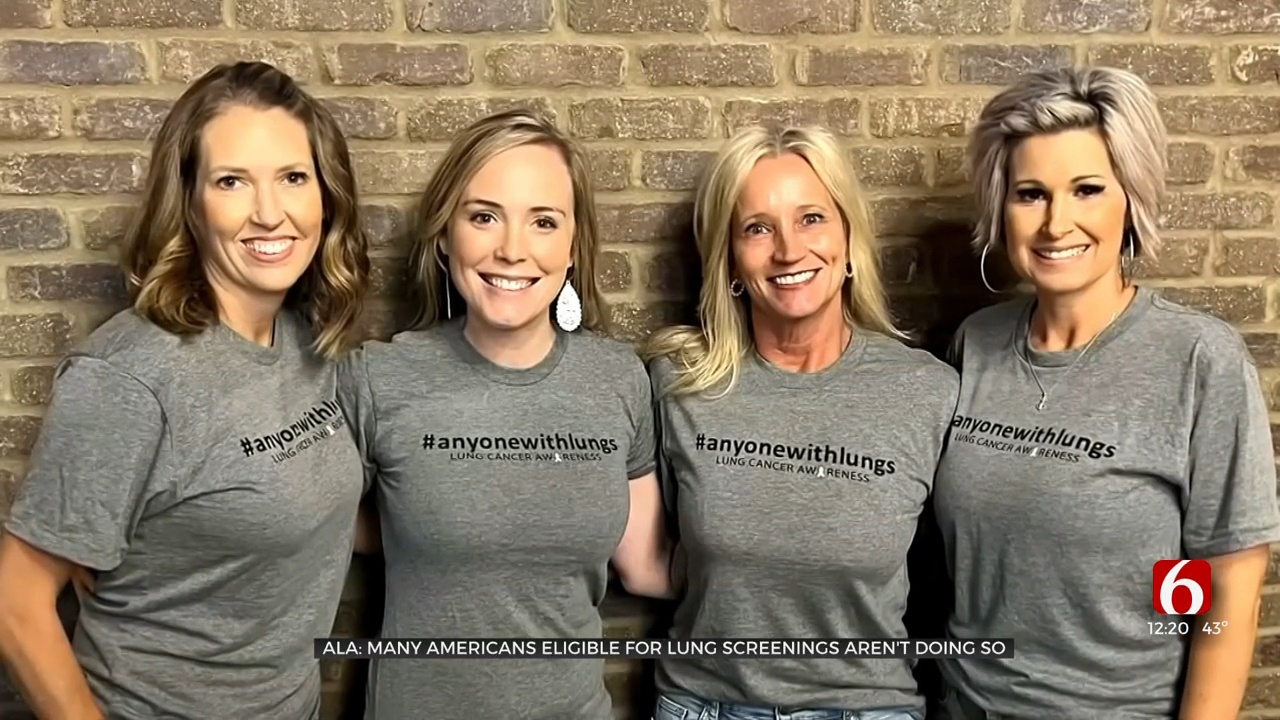 A new report from the American Lung Association shows many Americans who are eligible are not getting lifesaving screening for lung cancer.

Leah Phillips prides herself on living healthy. The mom of three is a runner and never smoked. So, it was a complete shock when she was diagnosed at 43 with stage 4 lung cancer. “When they came back after the bone biopsy and said you have lung cancer, you could have knocked us over with a feather. My mom and my husband and I were all in the room,” she said.

According to the American Lung Association's State Of Lung Cancer report, nearly 237,000 people in the U.S. will be diagnosed this year. For people at high risk, only 5.8% of those eligible have been screened.

Dr. Bobby Mahajan is a volunteer medical spokesperson with the American Lung Association. He says, “We're up to 25% survival at five years, which is significantly up from the 17% survival in 2015. We attribute most of this to early detection, better treatments, and systemic therapies for patients who have lung cancer that spread to other parts of the body.”

Up to 20% of people with lung cancer have never smoked, according to the CDC. Many are exposed to other risk factors including secondhand smoke, air pollution and exposure to radon gas.

“My hope is that as we progress and get more data, we're going to be able to lower that number of nonsmoking people with lung cancer because we have a better understanding of what their risk is,” Dr. Mahajan said.

Phillips says, “Anyone with lungs can get lung cancer.”

Phillips says her type of lung cancer has been linked to radon exposure. Right now, her cancer is considered stable. “It has taught us a lesson that we live every day to the fullest. We make it a priority to spend time together as a family,” she says.

She is taking targeted drug therapy and says she will keep living a healthy life to give herself the best chance.

Radon is the second leading cause of lung cancer in the U.S., according to the American Lung Association. It occurs naturally in the Earth and can be inhaled in basements or through cracks in buildings and homes.

Flu Starting To Wane In US After Brutal Start To Season