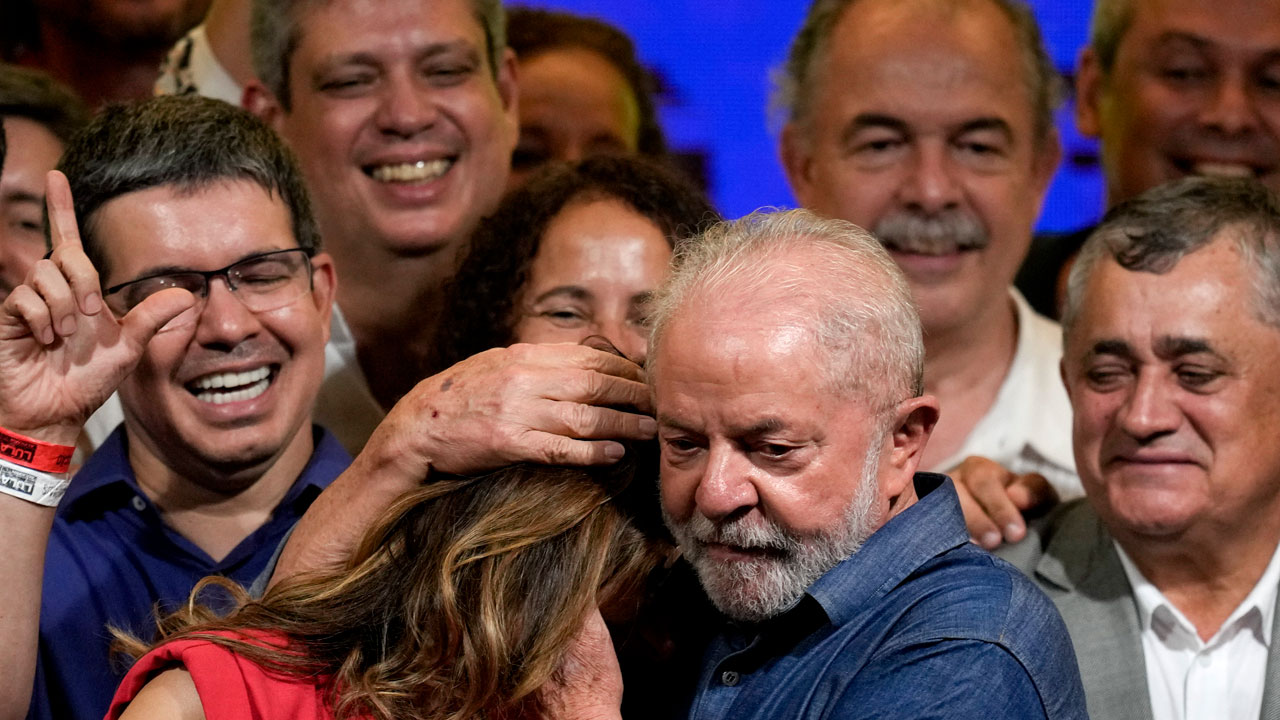 On the campaign trail, Luiz Inácio Lula da Silva promised to sustain a massive welfare program, increase the minimum wage and boost health and education spending. Now, Brazil’s president-elect is trying to make good on those pledges — and investors are showing concern.

Da Silva’s transition team on Wednesday night presented Congress with an outline of a proposal to skirt a constitutionally imposed spending cap by creating a carve-out for welfare. Then, at the climate talks in Egypt on Thursday, he reiterated that he pays little heed to whether his plans to lead a socially responsible government might cause jittery speculators to sell off.

When trading opened Thursday, Brazil’s currency slid to its weakest level against the dollar since July and the benchmark Bovespa stock index fell more than 2.5%. Traders have begun pricing in interest-rate hikes next year rather than cuts, as da Silva’s proposal “confirmed (fiscal) risk that before was just a rumor,” said Sérgio Vale, chief economist at MB Associados.

Several times, da Silva has said market reactions appear overblown and claimed that investors are holding him to a different standard than incumbent President Jair Bolsonaro. He has pointed to his record of generating inclusive growth while adhering to fiscal responsibility during his prior two presidential terms, from 2003 to 2010.

But the current state of the Brazilian and global economies stands in stark contrast to the heady days of the commodities super cycle, and da Silva has much less room to maneuver. In his final year in office, more than 21% of his executive branch’s budget was discretionary, versus just 6.3% in 2023, according to a congressional report on next year’s budget.

Investors’ skepticism of his leftist Workers’ Party’s commitment to fiscal restraint has been reignited by the 2023 spending proposal, da Silva’s comments and his possible finance minister picks, which have been floated in Brazilian news outlets.

“It’s hard to see any positive points; I only see problems,” Zeina Latif, an economist at consulting firm Gibraltar, said about the spending proposal. She added that she regrets technocrats weren’t involved in its development. “It’s a purely political conversation, without expertise, without commitment to pass any reforms, just asking to spend more,” Latif said.

The budget doesn’t include funding to maintain the Brazil Aid welfare program at its monthly 600 reais ($110) level. Under the terms of the proposed constitutional amendment, the entirety of the program — estimated to cost 175 billion reais ($32 billion) — would be excluded from the spending cap. A further 18 billion reais would go to families with young children, who stand to receive an additional 150 reais a month.

The market had been anticipating a deficit next year, but at a level roughly half that which is being proposed, said Latif, who also criticized Bolsonaro’s repeated use of constitutional ammendments to get around the cap.

Some of da Silva’s comments have triggered wary investors. On Nov. 10, he delivered an impassioned speech in the capital, Brasilia, vowing to prioritize the fight against hunger regardless of market concerns.

“If when I finish this mandate, every Brazilian has had coffee, lunch and dinner again, I will have fulfilled the mission of my life,” he said, as his voice choked up. He then criticized the market’s fixation on fiscal discipline, and said the time had come for a “new paradigm.” That day, the currency shed nearly 4% of its value against the dollar.

“There is no point thinking only about fiscal responsibility, because we have to start thinking about social responsibility,” da Silva said Thursday. He added that the spending cap takes money away from health, education, technology and culture.

Da Silva’s proposal will have to pass both chambers of Congress before year’s end in order to go into effect in 2023. The Senate’s president, Rodrigo Pacheco, who traveled to Egypt along with da Silva, has said he supports removing the welfare program from the spending cap.

Economists say da Silva’s first term, from 2003 to 2006, was marked by fiscal responsibility, even as his policies lifted tens of millions of people from poverty. Spending increased in his second term, in response to the 2007-2008 global financial crisis.

Fears mostly stem from the tenure of his hand-picked successor, Dilma Rousseff, also from the Workers’ Party. During her two terms as president, she continued and expanded da Silva’s measures, and Latin America’s biggest economy plunged into its worst recession in a century.

Rousseff was eventually impeached for breaking fiscal responsibility laws. The spending cap was introduced in 2016 by her successor to regain market confidence.

“People look at Lula as if he were Dilma,” Brazilian economist and Johns Hopkins University professor Monica de Bolle remarked, referring to da Silva by his nickname. “But Dilma didn’t listen to anyone. Lula is the exact opposite: He’s a political animal, not a technocrat. More than anything, Lula is very pragmatic.”

Henrique Meirelles, a former central bank president and finance minister who was the most outspoken advocate for creating the spending cap, has also backed da Silva’s effort to secure permission for additional expenses to cover continued welfare aid.

“The new government faces the challenge of negotiating a budget that clearly does not reflect the real needs of the country,” Meirelles said Tuesday on Twitter.