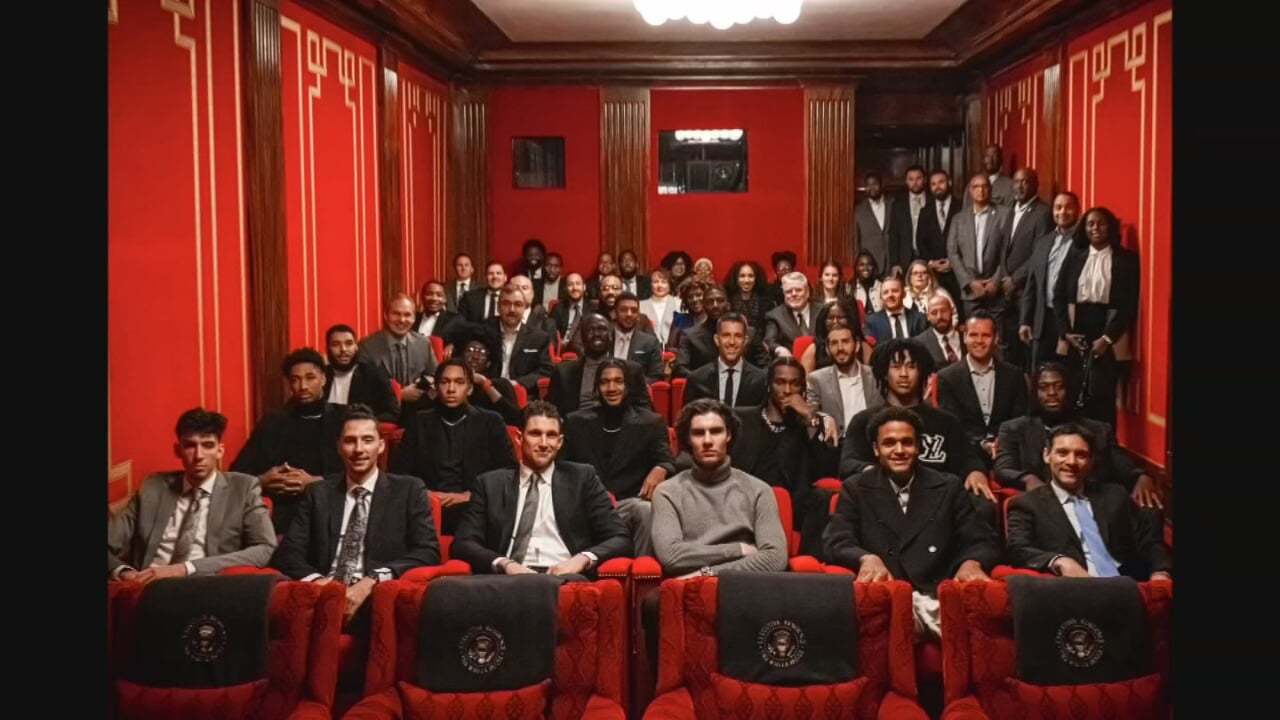 On an off day earlier this week, the Oklahoma City Thunder went to the White House for a tour and also to discuss social justice issues the team is trying to address through its Thunder Fellows program.

For the team, the experience was completely removed from their normal mid-season routine, and one the players say they'll never forget.

"So many things that I had no clue about," said Thunder point guard Shai Gilgeous-Alexander in an interview afterward.

For Gilgeous-Alexander and his teammates, the tour and insights into federal politics were eye-opening.

"Kind of a different side of the world that, obviously, as basketball players, we don’t get to see," he said. "But I personally learned so much, I am grateful for the opportunity."

In return, the Thunder shared its unique insight on social justice with the White House, screening a portion of its Seeds of Greenwood film. The documentary follows the inaugural class of Thunder Fellows, a program created "to address the prevalent opportunity and racial wealth gaps" in the Tulsa community. Developed by the Oklahoma City Thunder and Creative Arts Agency, it "aims to unlock new opportunities in sports, entertainment, and technology for Black high school and college students in the Tulsa area."

"It was really just an amazing experience," said Reece Robinson, one of the members of the Thunder Fellows inaugural class.

Robinson and classmate Nzinga Collins were both invited to the White House screening.

"Definitely astonishing," said Collins in an interview. "I would never have thought that I would be right here in the White House looking at a trailer of a movie that I’m in."

"Coming here today and being called out by name by all these individuals that work so high up," said Robinsons, "it was really...really motivational. Maybe I could see myself here one day."

"We are incredibly proud of the program and especially proud of the kids that represent it," said Thunder Head Coach Mark Daigneault, "and for them to be on-site with us today was awesome."

The visit fit perfectly with the Thunder philosophy of developing the 'whole' player, or whole person -- a chance for players to talk federal policy with the administration while showcasing the team's own efforts at home.

"We always talk about growth as basketball players," said Gilgeous-Alexander, "but the best growth in life is as human beings, and seeing those kids almost transform themselves in such a short amount of time is special. They have bright futures and I’m glad just to be a small part of that program to help them in their lives."

All in all, this was a good trip to the nation's capital for the Thunder: a productive day at the White House Tuesday and then an exciting win over the Wizards Wednesday, thanks to a last-second three-pointer from Gilgeous-Alexander.