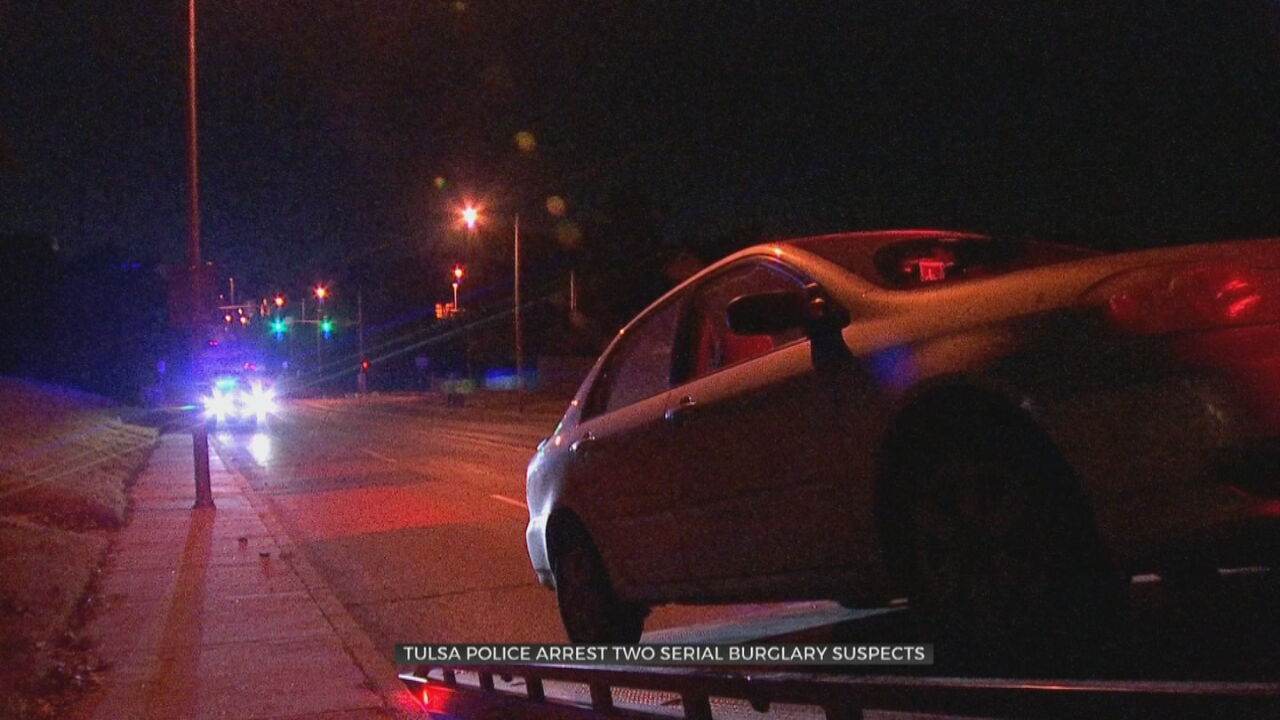 According to police, officers responded to calls about a burglary at a hair salon near East 15th Street and South Peoria Avenue, when they arrived on the scene, police say they saw a man run away and get into a silver Toyota.

Officers pulled the vehicle over and found items taken from the hair salon. Officers say they also found other items that they believe were taken from another Wednesday morning burglary.

Police say they believe the two burglarized two stores and attempted to burglarize a third around Tulsa on Wednesday morning. According to officers, it is believed that the two suspects are responsible for at least 12 burglaries in the last couple of weeks.

Police say both suspects in the vehicle were arrested.