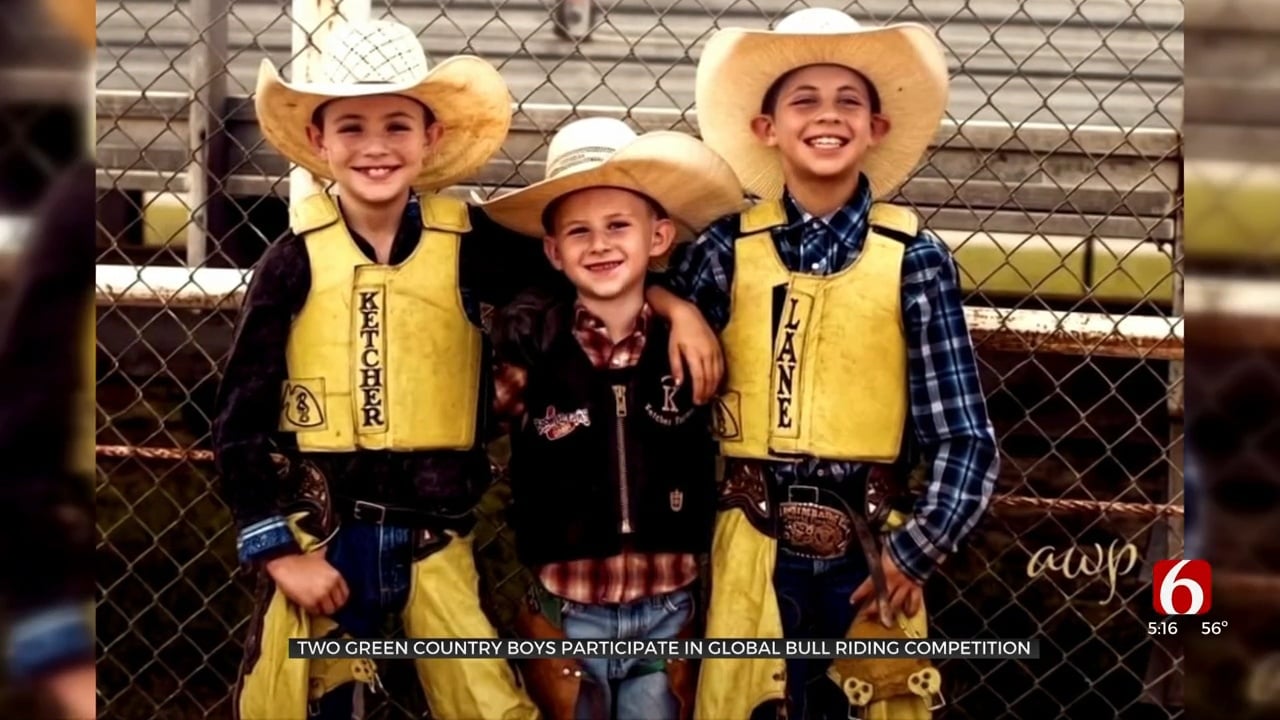 A nine and ten-year-old from Green Country are back home after participating in a global bull riding competition.

Ketcher and Lane Hughes from Hitchita competed in the Mini Bulls World Final in Reno, NV earlier this month.

In Reno, both boys placed in the top ten at the world finals in their divisions. Ketcher came in ninth and Lane came in third.

Although the boys were competing against other cowboys from around the world, they weren’t nervous.

"A lot of people think it's a really dangerous sport and it really is, but to most of the mini bull riders it's not near as scary,” Ketcher said.

The boys ride bulls almost every weekend and exercise often to get ready for competitions.

"We have a pull up bar which I do pull-ups, sit-ups, push-ups, we go out to ride our horse,” Lane said.

"The only thing that comes to mind is just proud. I mean I watched them and my heart is just overwhelmed with joy. And so proud doesn't seem quite strong enough a word for it, but that's the word I keep coming back to,” Leslie said.

The brothers hope to qualify again next year.