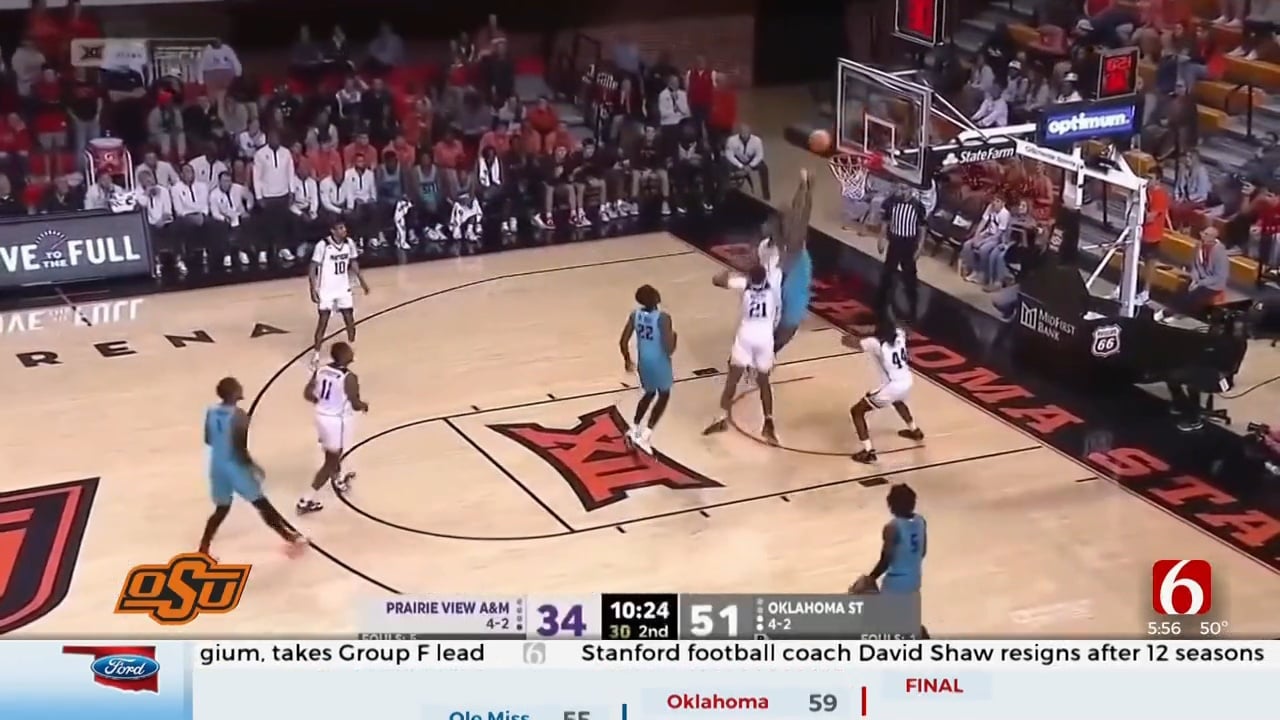 Anderson sank half of his eight shots with a 3-pointer to help Oklahoma State (5-2) earn its third straight win. Cisse finished with 11 points and 11 rebounds for his fourth double-double of the season. He added four blocks and has blocked at least two shots in 10 straight games dating to last season. Bryce Thompson had 13 points and Quion Williams scored 11 off the bench.

Anderson scored seven points in a 12-0 run to open the second half and the Cowboys never looked back. Thompson’s 3-pointer with 12:02 remaining gave Oklahoma State its biggest lead to that point at 49-29.

Oklahoma State shot 62.5% in the second half and 55.6% overall. The Cowboys hit 4 of 7 from distance after the break.

Oklahoma State improved to 6-0 all-time against the Panthers in a series that began in 1994. Prairie View has dropped three of its last four games.