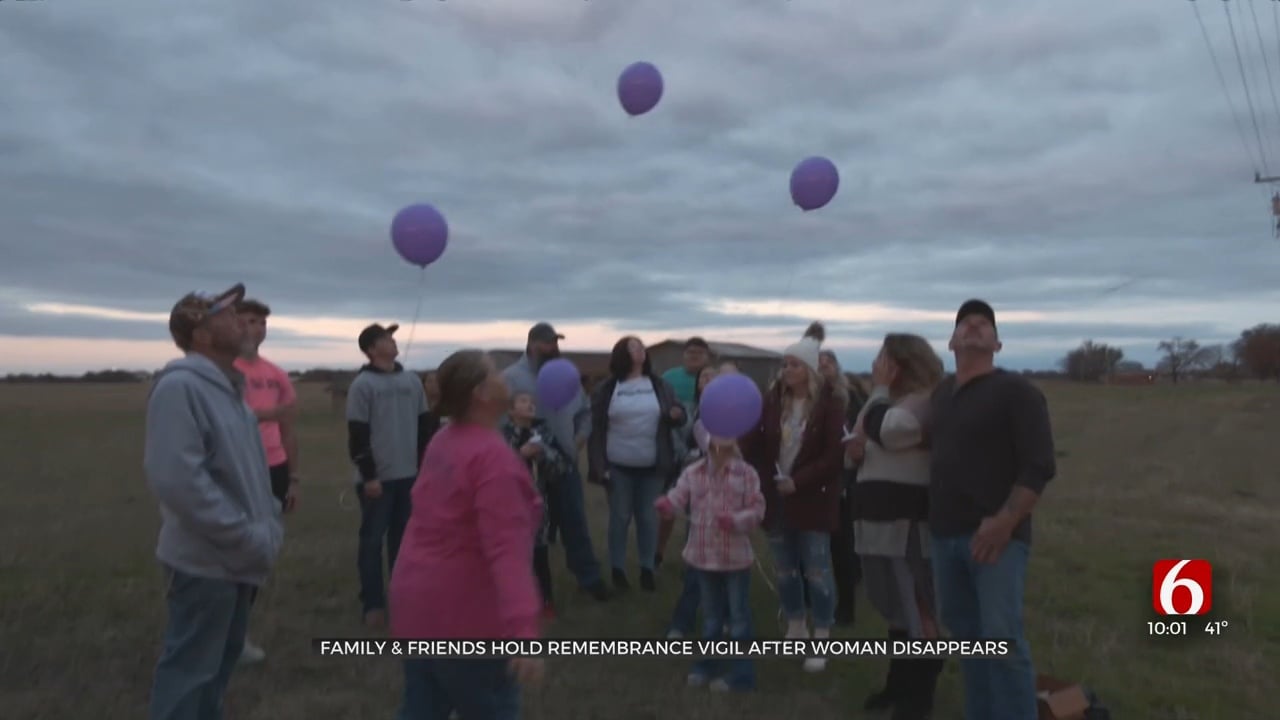 Family and friends of a missing Eufaula woman are hoping for answers on what would be her 36th birthday.

They held a candlelight vigil and balloon release Sunday night.

Peggy McGuire was born on Thanksgiving back in 1986 and she disappeared more than 7 years ago.

Since then, her mother says the holiday has never been the same.

Now, her family and friends are doing what they can to keep eye on the case and to get their questions answered.

McGuire went missing from just outside of Eufaula on November 16, 2015.

Her loved ones spent her birthday sharing their favorite memories of Peggy.

Her mother says, as each year passes, it never gets any easier.

Her family wants Peggy to be remembered for the impact she made on others and the kind of person she was.

"She had a lot of energy,” said Davis.

“She loved her little boy a lot too," Betty said.

Peggy’s disappearance is something her family never expected.

"The idea that this can happen to a family member, I just never grasped it before,” said Richard McGuire, Peggy’s nephew. “The fact that it can happen to anyone, at any time, is just, you don't think about it."

"You really don't realize how many people that are missing until one's missing, close to you," said Donnie.

Peggy’s loved ones say they won’t stop until they get answers about what happened and they haven’t given up searching.

"Just hang in there,” said Davis. “Don't give up. One day you'll have answers, or maybe you have your loved one. Just hoping that that day comes soon. We just want closure basically, and we hope one day we'll get that."

If you have any information about what happened to Peggy, you are encouraged to contact the FBI and Muscogee Creek Nation Lighthorse Police.