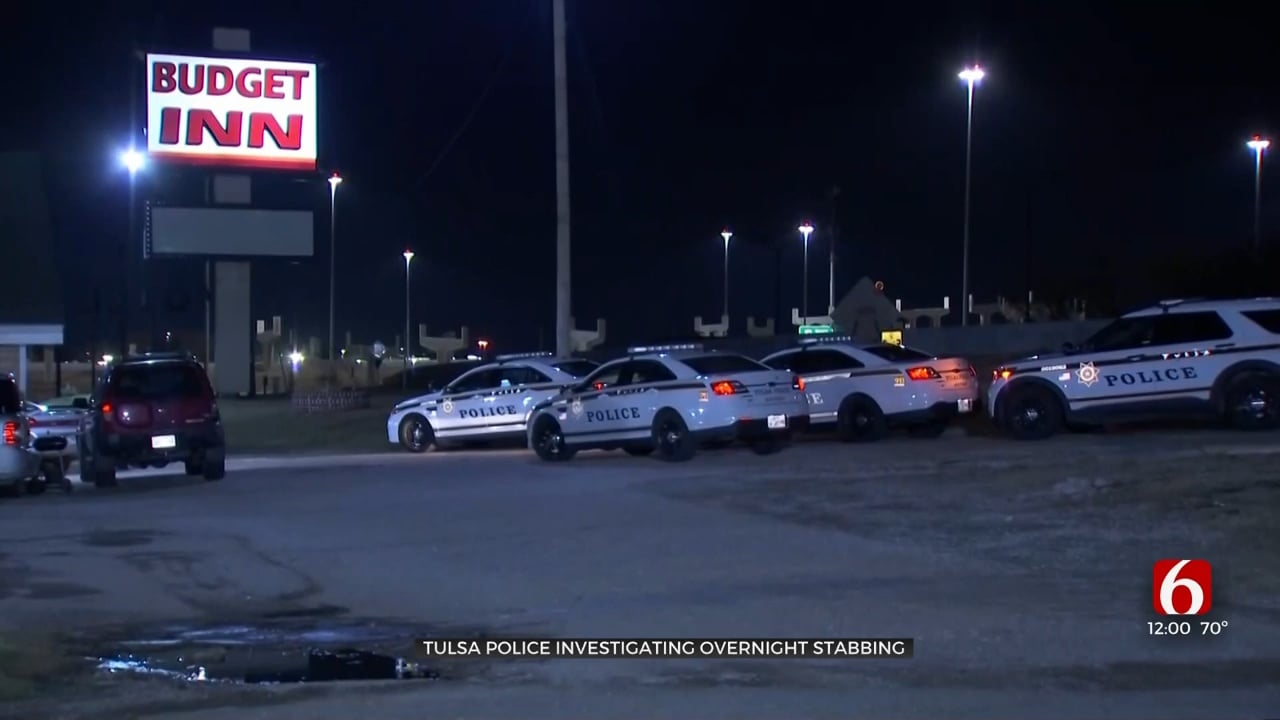 TPD: Man Accused Of Stabbing Partner While He Slept Is In Custody

Tulsa Police say a man accused of stabbing his partner in the neck while they were asleep is in custody on Tuesday morning.

An investigation is now underway and according to police, the suspect would not tell officers why he allegedly stabbed his partner.

Police say the stabbing happened just before midnight at the Budget Inn motel near I-44 and Highway 75.

Officers say the suspect is the one who called 911 after the stabbing.

Police say the victim suffered a severe stab wound to his neck and is currently being treated at a local hospital.

According to police, the suspect did try to help the victim after calling 911, but would not give officers any information about the stabbing.

Officers have not yet identified the victim or the suspect, who is now in custody.

Police say they do not believe anyone else was involved.