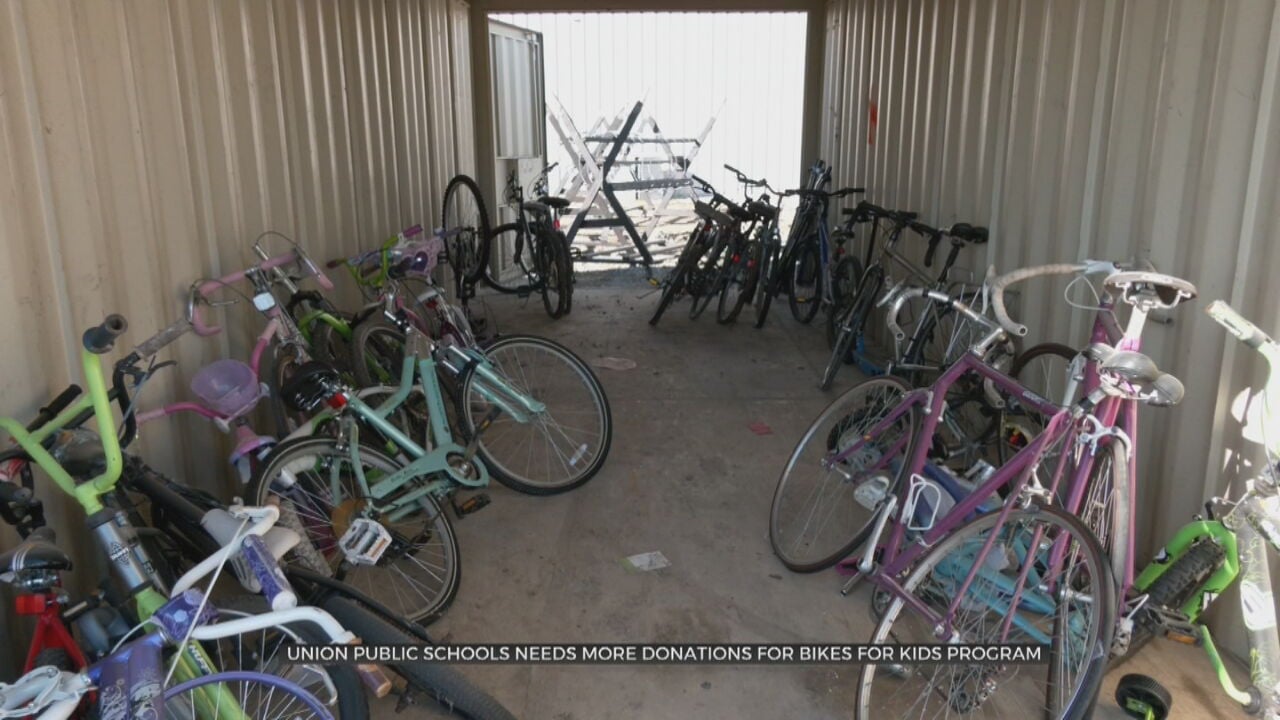 Union Public Schools is asking the community for bike donations to help with its annual 'Bikes for Kids' program. The program gives bikes to kids in need and helps manufacturing and automotive interns learn valuable skills along the way.

The program first started about eight years ago. While giving Union Public Schools an opportunity to give back to the community, it also allows manufacturing and automotive interns to work on their skills by fixing and refurbishing the gently used bikes before they go back out to kids in need.

The district typically starts accepting bikes around the beginning of November and then starts fixing the bikes up in the first week of December, to give students who are working on them enough time to get them ready to be sent back out before Christmas break. While Union Public Schools has received some bikes, they are hoping that they will get some more to give back out.

"We are actually in need of more bikes. We have a need for students that have requirements for bikes that we just don't have currently, so we would love to have some more donated. We're taking donations until this Thursday on December 1. That will be our final deadline date, but currently, we just need more bikes," Gianna Wood, Union Public Schools College and Career Center Advisor said.

Wood said there has been a lot of community involvement in the past, and that some students and families who have received a bike through this program in the past have gone on to donate to the program themselves later on.

"A lot of families who have been on the receiving end in turn have delivered bikes back to us to put back into the program, so it's kind of a whole family event within our district. Everybody gets involved," Wood said.

Anyone with a gently used bike that they wish to donate, can do so until Thursday, December 1.

You can drop off any bikes at the college and career center at Union High Schools just north of the football field.