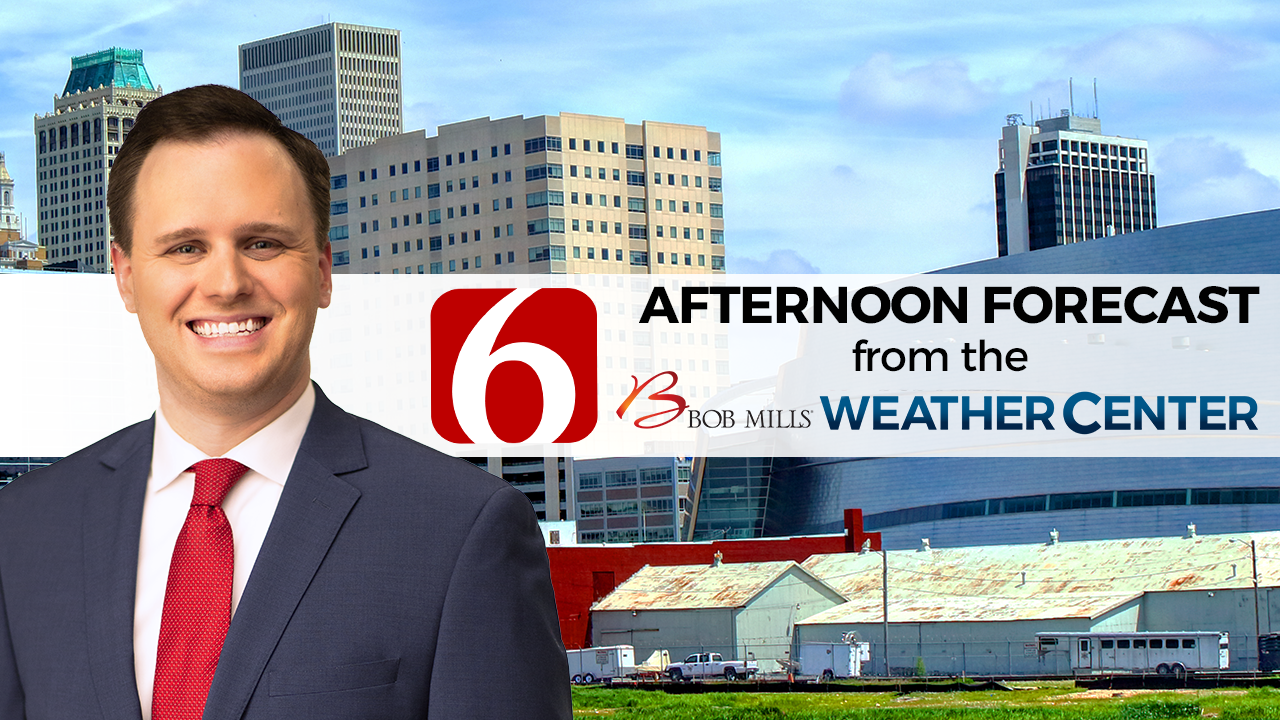 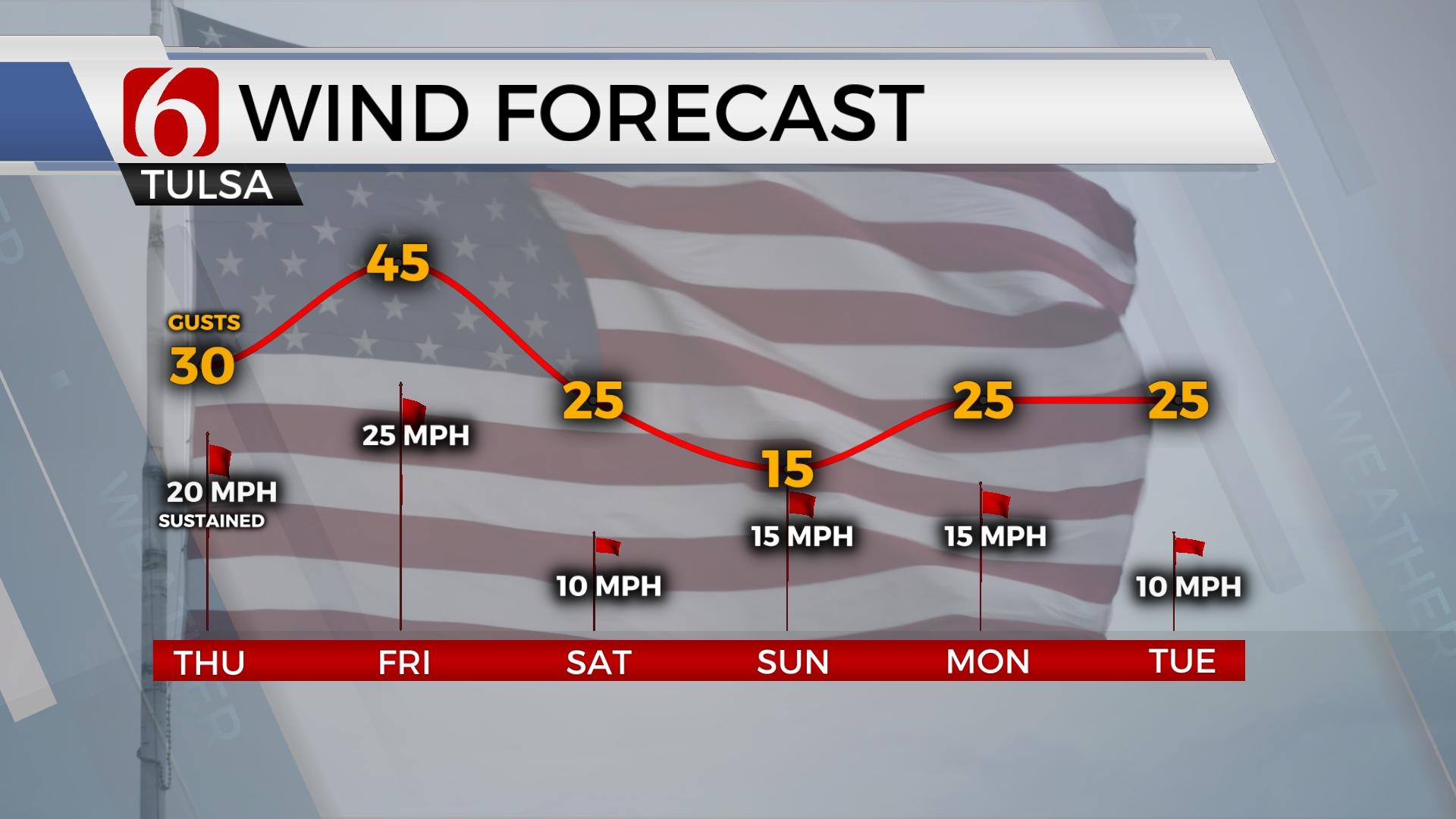 Warmer temperatures return to Green Country on Thursday alongside some strong south winds. TULSA, Okla. - The south wind returns on Thursday as pressure falls across the Lee of the Rockies into the central plains. Winds will increase speeds from 15 to 30 mph across eastern Oklahoma with stronger winds to our west. Friday, south winds from 25 to 45 mph will be likely with wind advisories a possibility. A strong cold front quickly moves across the area late Friday night and clears the early pre-dawn Saturday with blustery and cold weather. Highs Saturday afternoon will stay in the upper 40s and lower 50s. The front will return as a quasi-warm front Sunday. As warm air returns, a few showers will become possible late Saturday into early Sunday near or south. Sunday afternoon highs will stay in the lower 50s. Another one-day warm-up is likely Monday with highs from the mid-60s to near 70 before another front zips across the area Monday night with a few showers and storms. Cooler to colder weather will remain for the middle of next week. We’re mostly dry for most of the next few days with Sunday morning supporting the higher chance for measurable precipitation but chances will remain limited. However, a few showers or some drizzle will arrive late Thursday evening into early Friday, mostly along and east of Highway 69 and south of I-40. As the front arrives Friday night, a few showers or storms will be possible, mostly across far eastern or southeastern OK. These chances remain very low. The season produced 14 named storms with eight hurricanes. Two storms were classified as major hurricanes. Three hurricanes made landfall along part of the coastal U.S. mainland with one hurricane impacting Puerto Rico. Hurricane Ian was a category 4 storm impacting Florida and then again as a Category 1 hurricane in South Carolina. It’s possible for a tropical system to develop during December, but the official season is over and returns June 1st. Thanks for reading the Thursday morning weather update and blog.