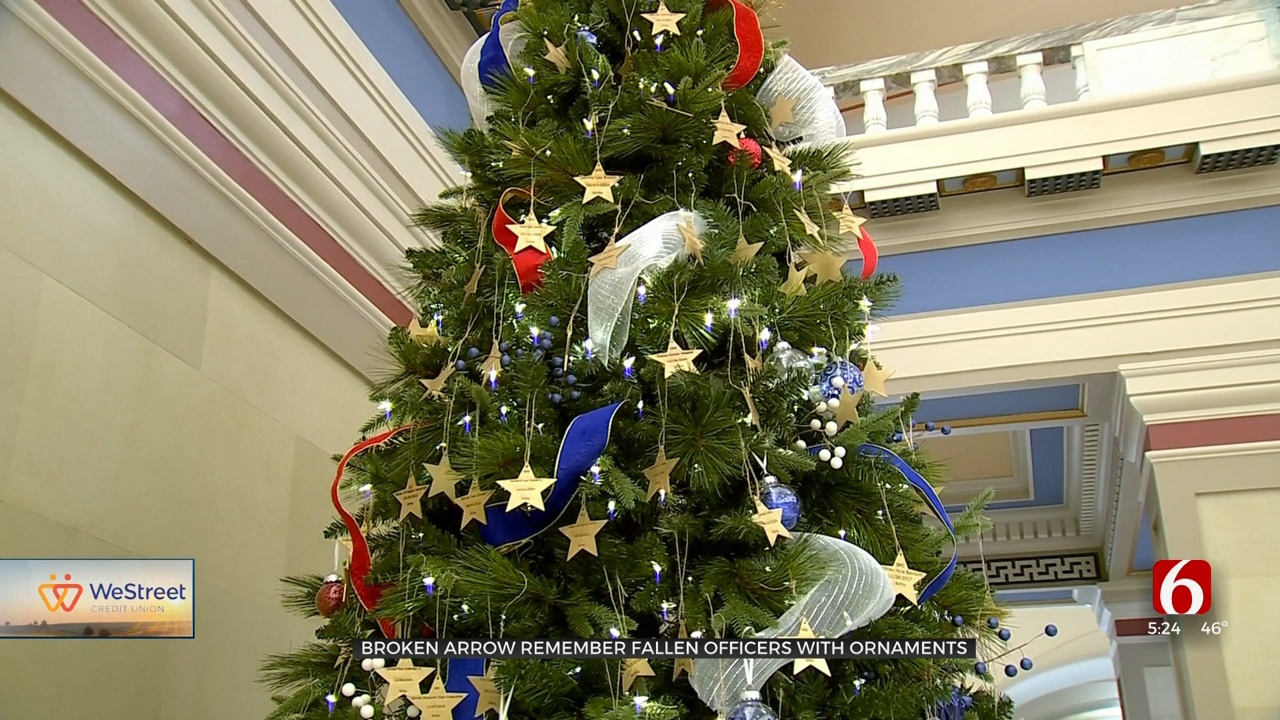 Students at Broken Arrow’s Vanguard Academy are remembering fallen Oklahoma service members with ornaments this Christmas. Each ornament is a star that hangs on a Christmas tree at the State Capitol.

For three months, students at Broken Arrow’s Vanguard Academy have been designing very special Christmas ornaments. All 388 honor the life and sacrifice of an Oklahoma service member.

"These people are fallen soldiers, they sacrificed their lives for us, and I personally feel that it's just a great way to give back," said Victoria Williams, a junior at Vanguard.

The students made the design on the computer, then used a laser engraver to put the service member’s name on each star, along with the day they died and which branch they served in.

Liane Anthony said she was passionate about this project because she comes from a military family.

"Veterans have always been something I've been passionate about,” said Anthony. “My father's a veteran, my grandpa's a veteran, I want to go into the military hopefully someday, and so it's just something that hits home and I really appreciate it."

Vanguard is a school where all the assignments are project based. Instructors said it’s important to teach the kids how to work on real-world projects like the ornaments.

"For our students, it's really important for them to take a chance and the opportunity for them to get out into the community and actually solve real world problems, that's one of our big focuses here at Vanguard Academy," said Andrew Darrow, an instructor at Vanguard.

He said he appreciates the hard work all the students put in on the ornaments.

"Of course I'm always proud of the products that my students can create and put out into the world, and of course having it on display for everybody to see at the Capitol is a big deal, so always proud of them for that too," Darrow said.

Anthony said it hit close to home when she saw the names, but hopes their families will see that the memory of their loved one is still alive.

"One of the students here, their cousin's name was on one of the stars,” said Anthony. “So it was just, a rollercoaster. And really all of it. Because we were really excited to be able to do this but at the same time, it was a sad little thing as well."

The star ornaments are hanging on the Christmas Tree in the Supreme Court hallway at the State Capitol through December 16.