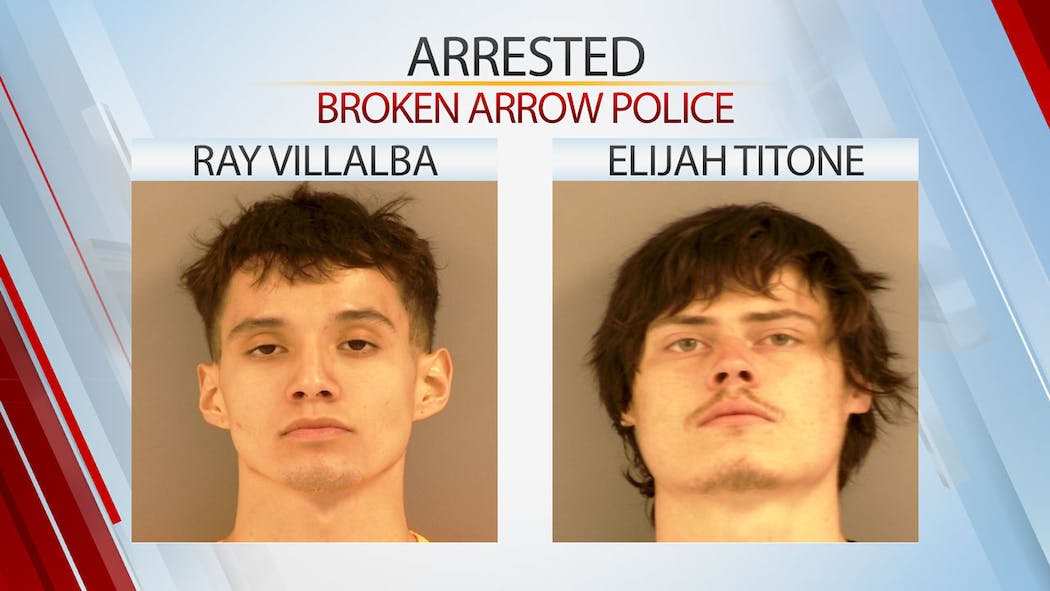 BAPD said Ray Villalba, 20, and Elijah Titone, 24, were arrested and booked on multiple charges after officers said they broke into a home in the 3400 block of West Norman Place.

BAPD said officers responded to the area around 12:30 a.m. where the victim, who lives alone, said two armed men wearing dark clothes and ski masks broke into his home, walked into his room and hit him in the face with a firearm.

Police say the suspects unsuccessfully tried to zip-tie the victim before leaving his home.

Officers then located a vehicle that matched the victim's description nearby and attempted to conduct a traffic stop, but the driver kept going.

BAPD said this started a pursuit that reached speeds of 95 miles per hour before crashing out at the intersection of West Albany St. and North Aspen Ave.

Police said both Villalba and Titone ran away but were eventually captured by officers. Villalba was arrested in a nearby field without incident according to BAPD, and Titone was hiding inside a locked gate at a local business.

BAPD reports that the vehicle used was reported stolen out of Tulsa, where a police report referencing the vehicle says the victim of that theft was zip-tied and blindfolded with tape at gunpoint.

BAPD says this is an arrest, not a conviction.