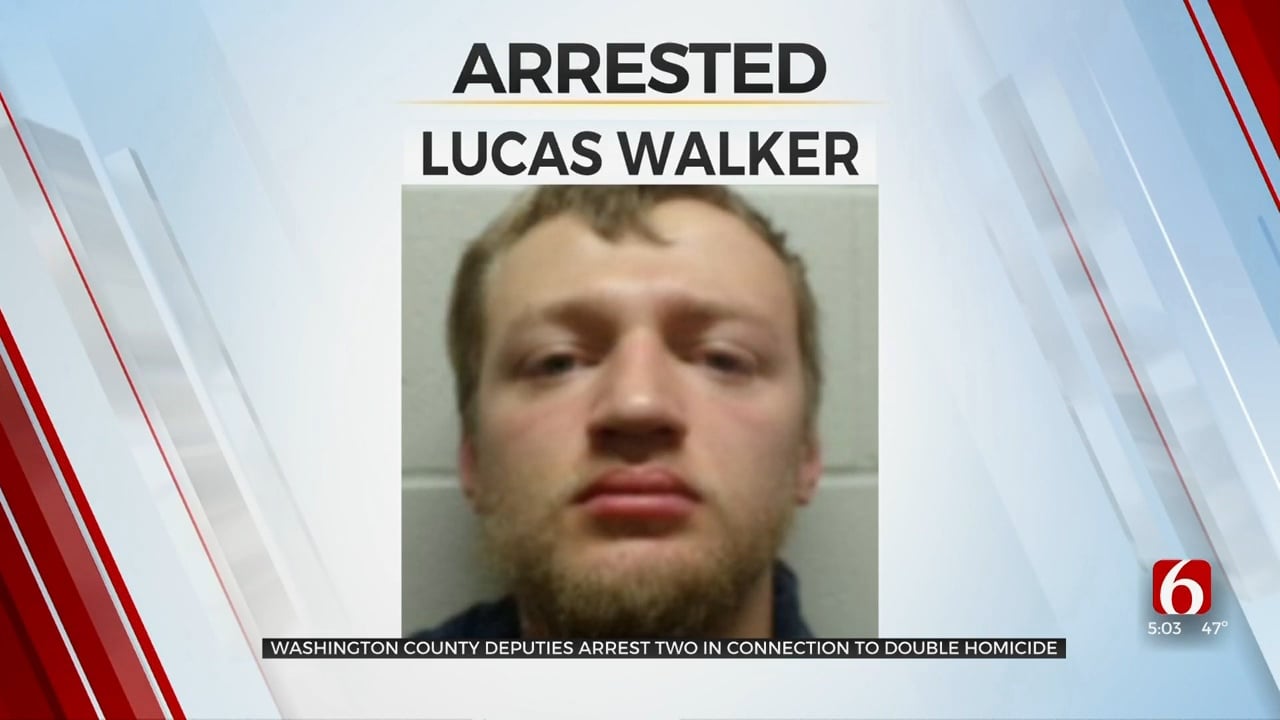 Lucas Walker and the girl then buried their bodies in the victims' own backyard, investigators said.

It started as a possible missing persons case. But when deputies went to check on Larry and Deborah Dutton at their home, they found the two suspects there, along with blood in the bedroom and surveillance video of the suspects moving the victims’ bodies, investigators said.

Deputies said they started getting calls that the Duttons hadn’t been heard from since December. When deputies started investigating late last week, it quickly turned into a murder investigation.

“Through processing the house and going through the house, there were different things that led us to believe that a crime had been committed in the house,” said Washington County Undersheriff, Jon Copeland.

Walker was in a relationship with their 17-year-old granddaughter, according to investigators.

While searching the Duttons' home, they found door bell video of Walker and the girl dragging a body on a sheet across the back deck, investigators explained.

“That was a huge part to the investigation. Because at that point we had ideas, but ideas are not facts, and it doesn’t matter what we think. It matters what we can prove," said Copeland.

With help from OSBI, investigators found the two victims’ bodies on Sunday, Jan. 22.

Investigators believe the two suspects had been living at the house since the murders.

“The best we can tell, yes they have been. We still have a lot of things to go through. There’s still quite a bit of investigation to do. We have electronic devices we will have to forensically analyze and the go through that data as well as financials,” said Copeland. “We are very fortunate that they were there because it does make it a little bit easier. And the video surveillance did play a huge part in this case being able to move forward as quickly as it did.”

Since Walker is Native American, the FBI is now involved in the case. Investigators are still working to determine a motive.

Prosecutors plan to charge the granddaughter as an adult with two counts of first degree murder.