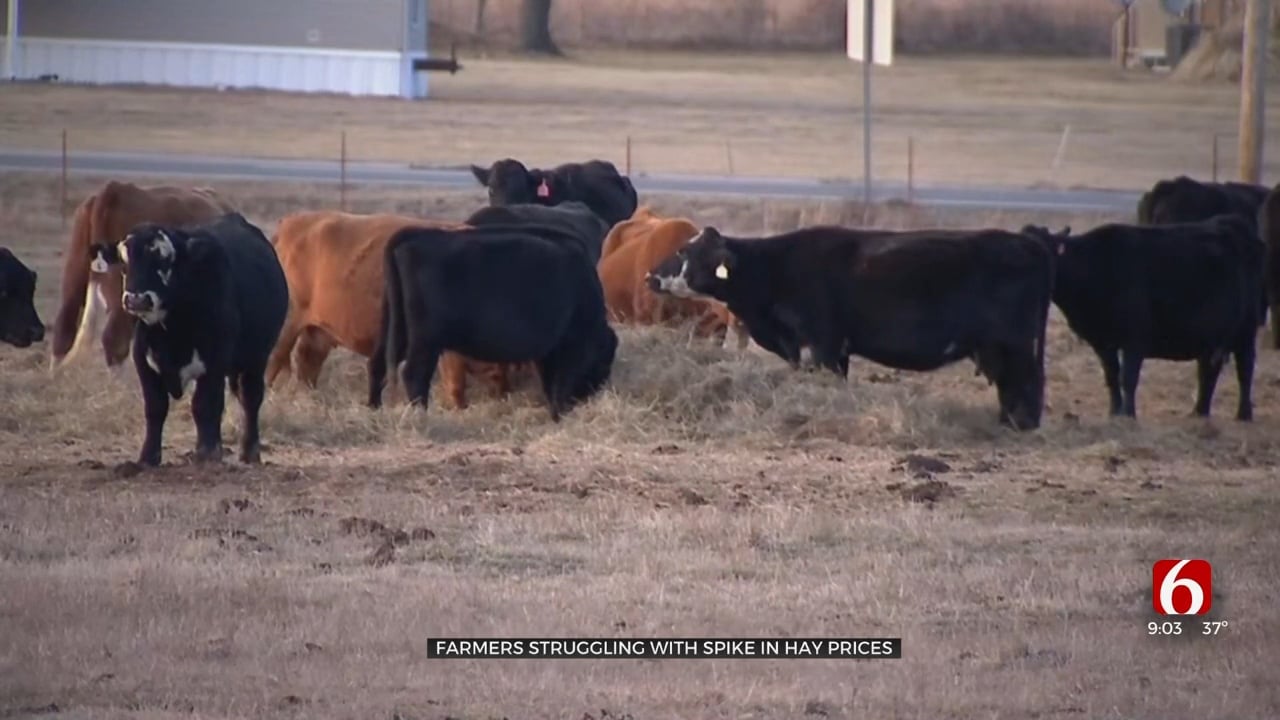 The price of hay has increased significantly, which means some farmers are struggling to feed their livestock.

They said that’s leading to some tough decisions for them and also affecting what all of us pay for groceries.

When the cost of hay skyrockets, that eventually leads to higher prices for food.

Farmer's Feed in Sapulpa said every other call they get is a customer who needs hay.

“The cost of hay, it’s costing our customers quite a bit. It’s considerably a bunch higher than what is normally," said Curt Johnston, manager at Farmer's Feed.

But it's getting hard to find locally.

"We're trying to limit; we're trying to stretch it out as far --- as many customers as we can. We have people come in wanting to buy 100 bales," Johnston.

The further they have to go to get it, the more expensive it is.

"We were selling them for 65 dollars, and the hay we've had the last couple of times from 145 to 180 dollars," said Johnston.

John Butler is a farmer in Wagoner County.

"Food starts right here on the farm. I mean the food from the grocery store comes from right here," said Butler.

He said the drought is one of the worst in his memory and it has been tough on farmers.

"We couldn't plant any wheat pastures for our cattle, pastures were already short. So, we knew that going into winter we were going to be in trouble," said Butler.

And the rising hay costs hasn't made it any easier. “Hay prices have about tripled since last year,” said Butler.

But John said he can't raise his prices. So, he had to think ahead and get creative.