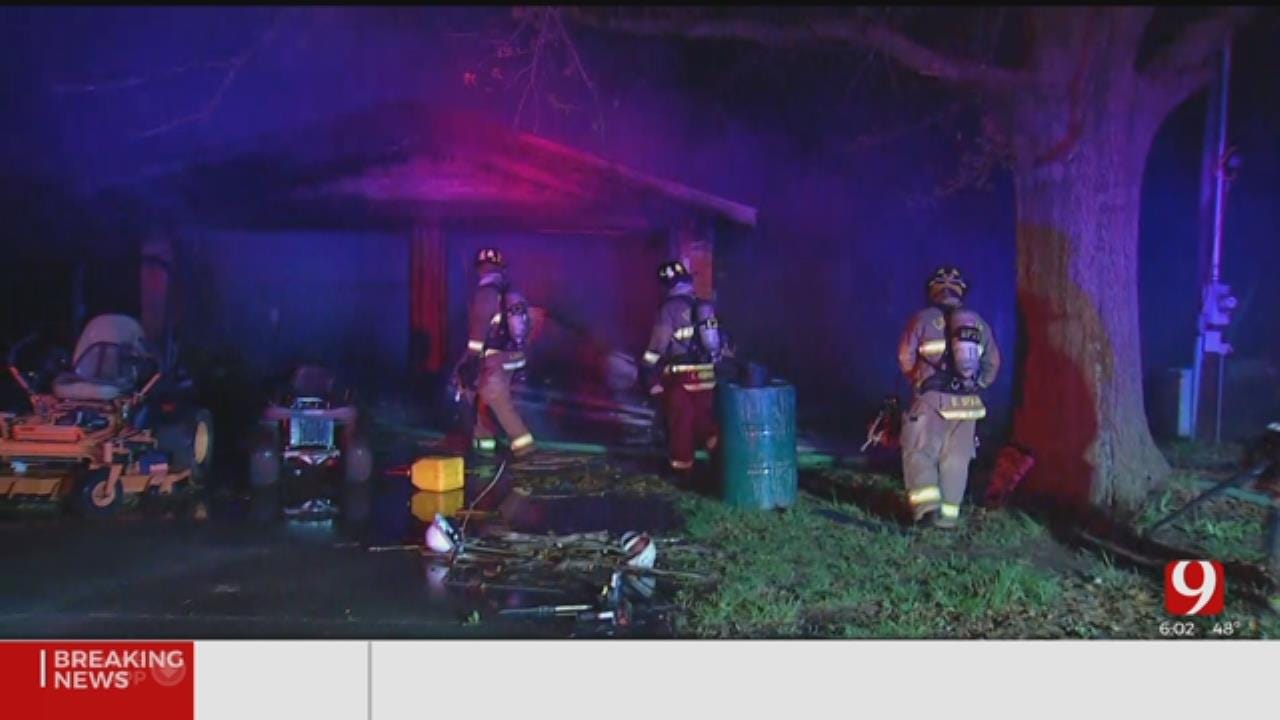 Two people have been taken to the hospital, Wednesday morning, after a house fire in southwest Oklahoma city, fire officials said.

According to officials, the fire was near Southwest 29th Street and Mustang Road.

Three people were inside the home when the fire started in an addition. Two people were able to self evacuate. The third person was rescued by firefighters from the home, according to firefighters.

The home addition is a complete loss, firefighters said.

Fire officials are investigating the cause of the fire.