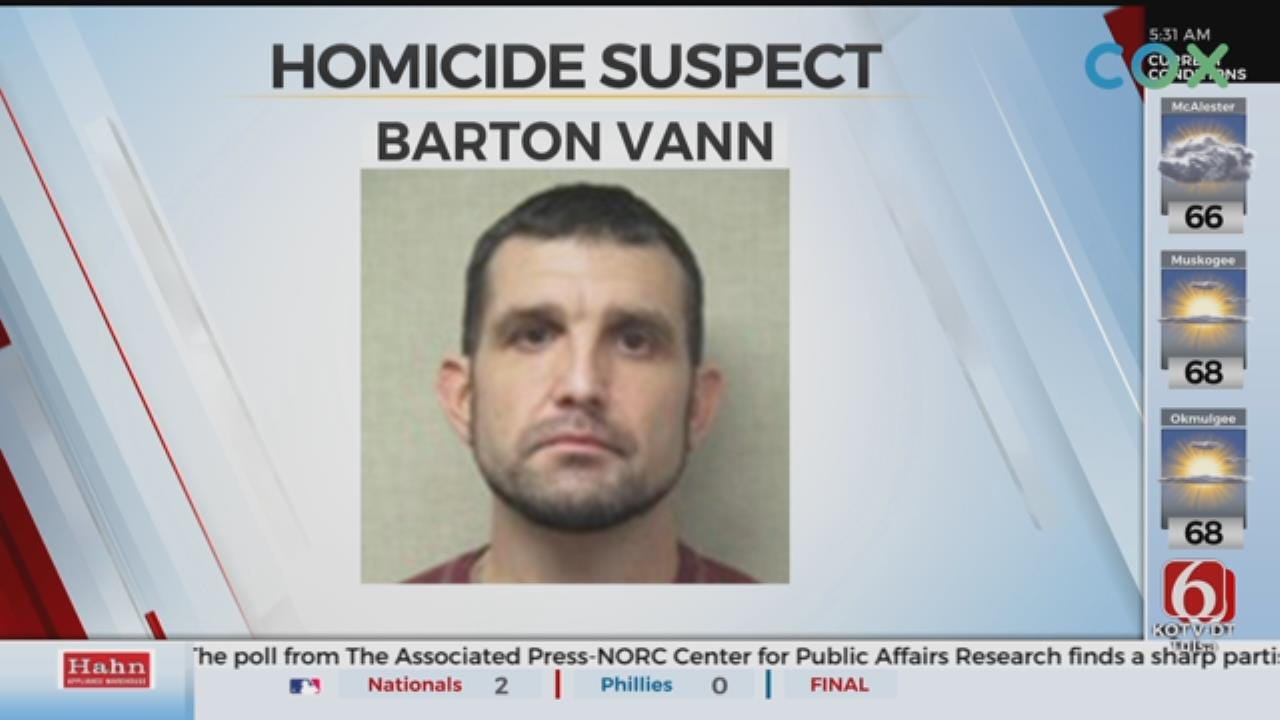 Tulsa Police are searching for a man they say is responsible for two shootings in the Tulsa area in less than 24 hours.

Police say Barton Vann is the suspect in both shootings. They say the first was near Jones Elementary on 15th and Sheridan Tuesday night where Vann shot and killed Curtiss Gaines.

Police then connected Vann to a second shooting just a few blocks away near 14th street Wednesday. They say the victim from that shooting is recovering.

Officers say Vann is armed and dangerous and may have a woman with him named Nicole Williams-Sittel.

If you have any information about where he could be, call Tulsa police or CrimeStoppers. You can remain anonymous.