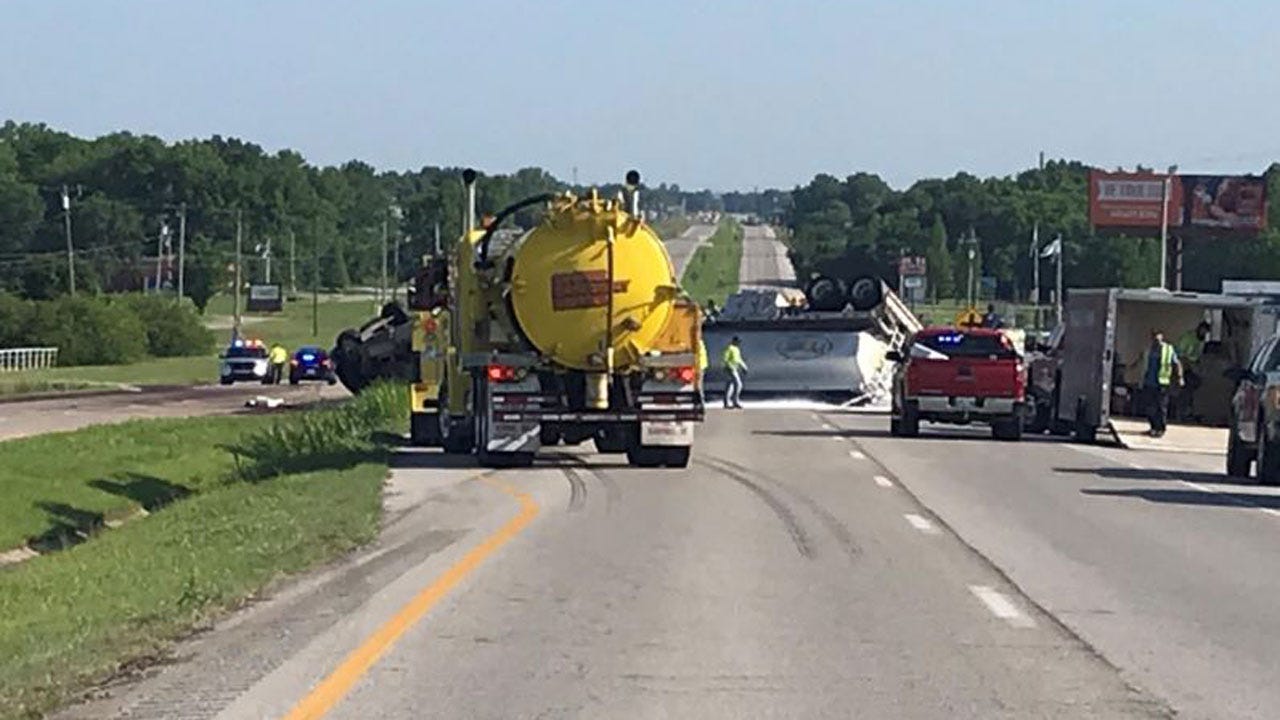 Emergency crews in Okmulgee cleaned up a gasoline tanker rollover on Highway 75.

The Okmulgee County Sheriff's Office says the tanker rolled over on Highway 75 near Smith Road around 4 p.m. Friday afternoon, spilling a large amount of fuel. They say both north and southbound lanes were closed just north of Okmulgee.

Drivers were diverted to Alternate Highway 75 until the highway reopened almost 6 hours later.