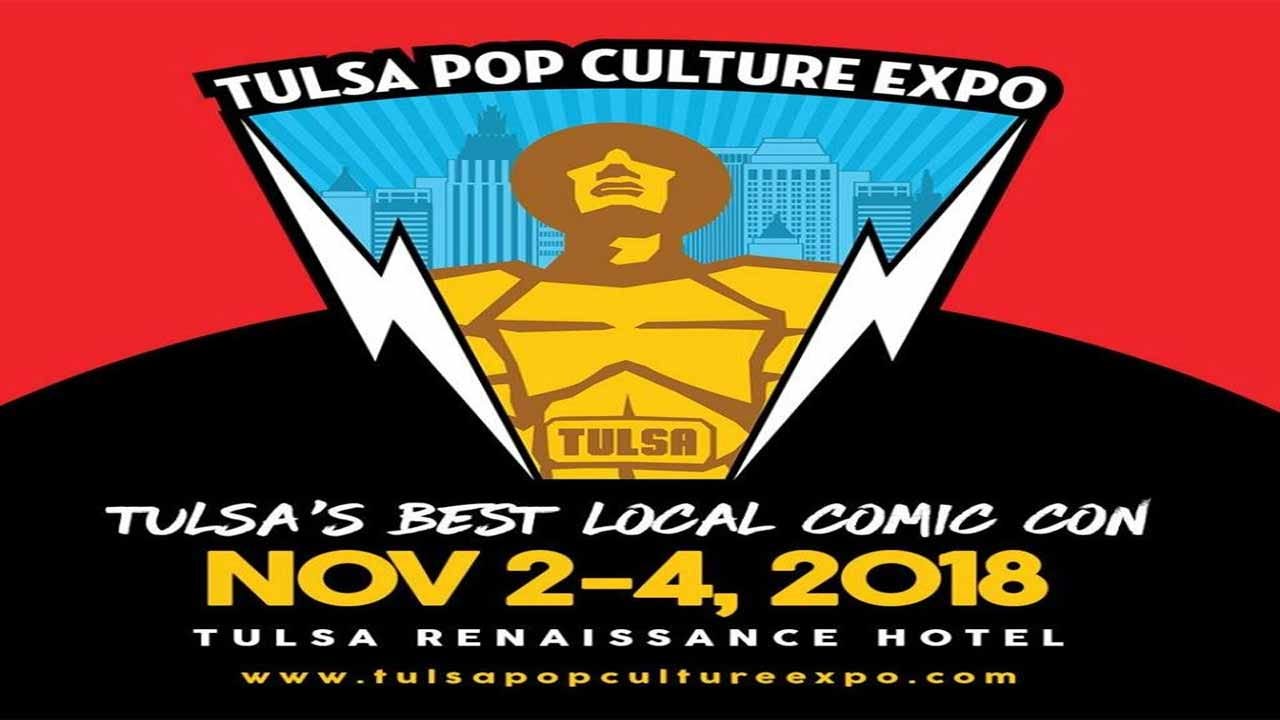 One of the first ever comic cons was held in San Diego, California, in 1970. Since then it’s grown to be a cultural phenomenon with thousands of people attending.

It’s not just San Diego that holds an event like this, however. Comic Cons have popped up in cities and states around the nation and world, including here in Tulsa.

One local organization breaking into the pop culture convention world is doing something different and wants to have a lasting impact on the community.

“Our goal is to create an outreach program that is sustainable, it creates lasting memories for Tulsans of all ages, and to be a dominant force in conventions in the Southwest,” said Arthur Greeno, one of the organizers of the Tulsa Pop Culture Expo.

They may be new at the convention game, but they put a lot of time into researching what makes a successful convention by studying others.

“We learned that even though the cons are different in size, there is a formula to make a convention work. It does not matter the size as long as you scale it to fit your attendance,” Greeno said.

He said with the right people engaged they can, and will, make their pop culture expo work. One way they are doing that is by focusing on the Tulsa area and working with people involved in the community.

Greeno said being local gives them an advantage because “we would never do a con the week of the Tulsa State Fair. Or the weekend of the Union/Jenks football game. You need to know these kinds of things if you’re going to time it correctly.”

The organizers are also using their knowledge of the area to reach out to the community and provide an experience beyond just the convention.

One guest, Black Panther comic writer Christopher Priest, will visit the Monroe Demonstration Academy to share his story. They are also working with Pumpkin Town and offering a pumpkin smashing event.

Greeno said they can provide these extra experiences because they are local and can make connections national conventions can’t. He also said they aren’t afraid to look stupid and take a risk, which is what they did with a star from Guardians of the Galaxy.

“We are willing to look stupid. I [Greeno] asked Sean Gunn if he was willing to come in early to surprise and delight a drama class…His agent said, ‘You know that is highly irregular don’t you?’ I replied, ‘Welcome to Tulsa, do you mind checking?'”

The answer was yes.

They are also bringing in guests that attract people from all different ages and backgrounds. Greeno said they are being strategic and appealing to teens, moms and dads, even grandparents. So far the guest list includes people like Karen Gillan (Doctor Who, Jumanji, Guardians of the Galaxy); Summer Glau (Firefly, Serenity), Sean Gunn (Gilmore Girls, Guardians of the Galaxy), John Schneider (Dukes of Hazzard, Smallville), Zach Callison (Steven Universe), the stars of CHiPs and more.

Greeno said so far they are seeing a lot of success with their selection.

“We are very selective, and we have actually started having some of the talent reaching out to us, and their agents are telling us they have heard about us and want to be a part,” he said.

Greeno said he’s tired of seeing conventions come to town, take Tulsa money then leave. He wants to invest in the community and see the Tulsa Pop Culture Expo grow, and the community can help them do it.

“We are not big enough yet to bring in those guys that cost hundreds of thousands of dollars to come in. If we want that, then Tulsa needs to support what we are doing and show they are willing to come out for that,” he said.

“There is no reason we do not have a convention that brings in 25,000 people each year with great talent, great events and makes a great impact for the community. Not just tax dollars that come in, but lasting impact on kids and families.