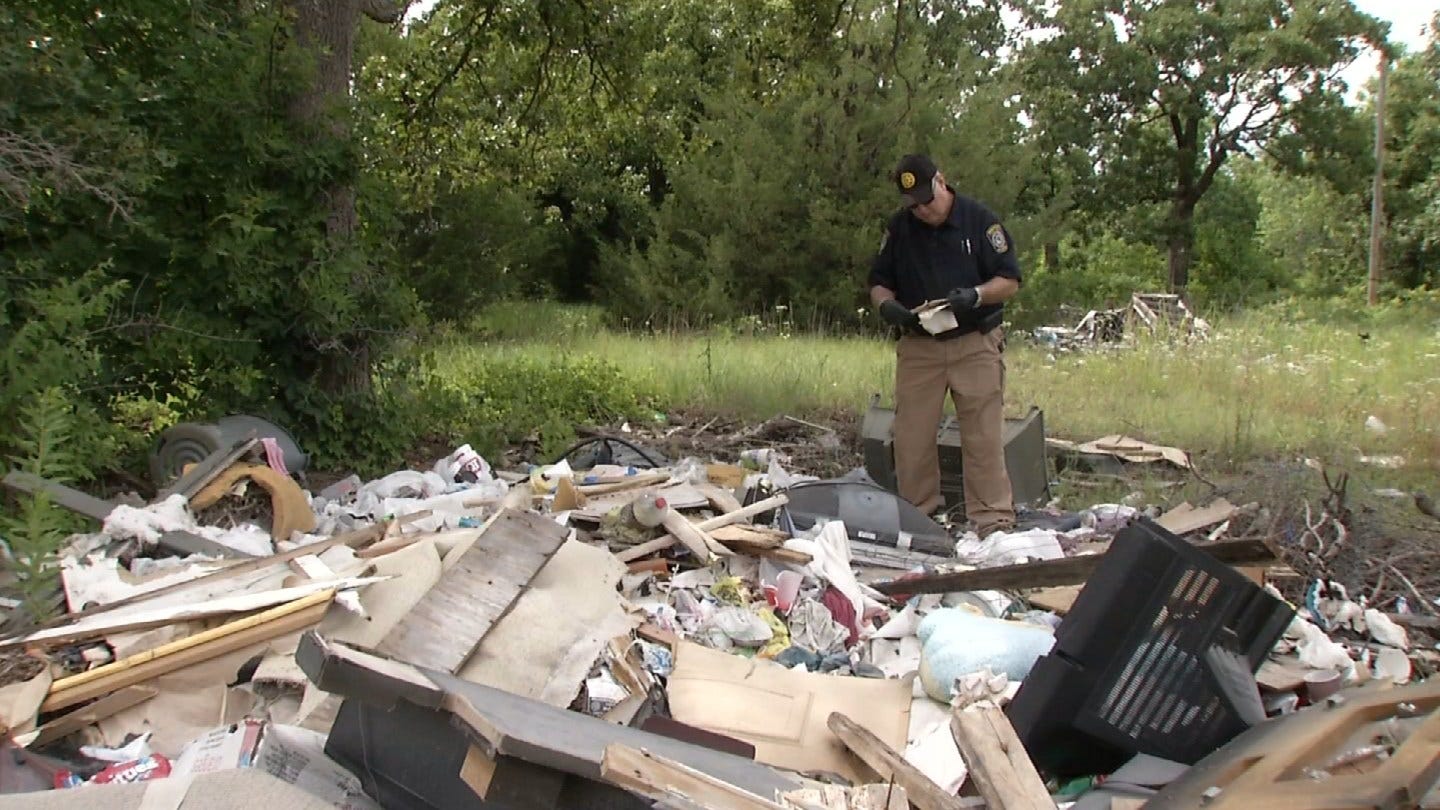 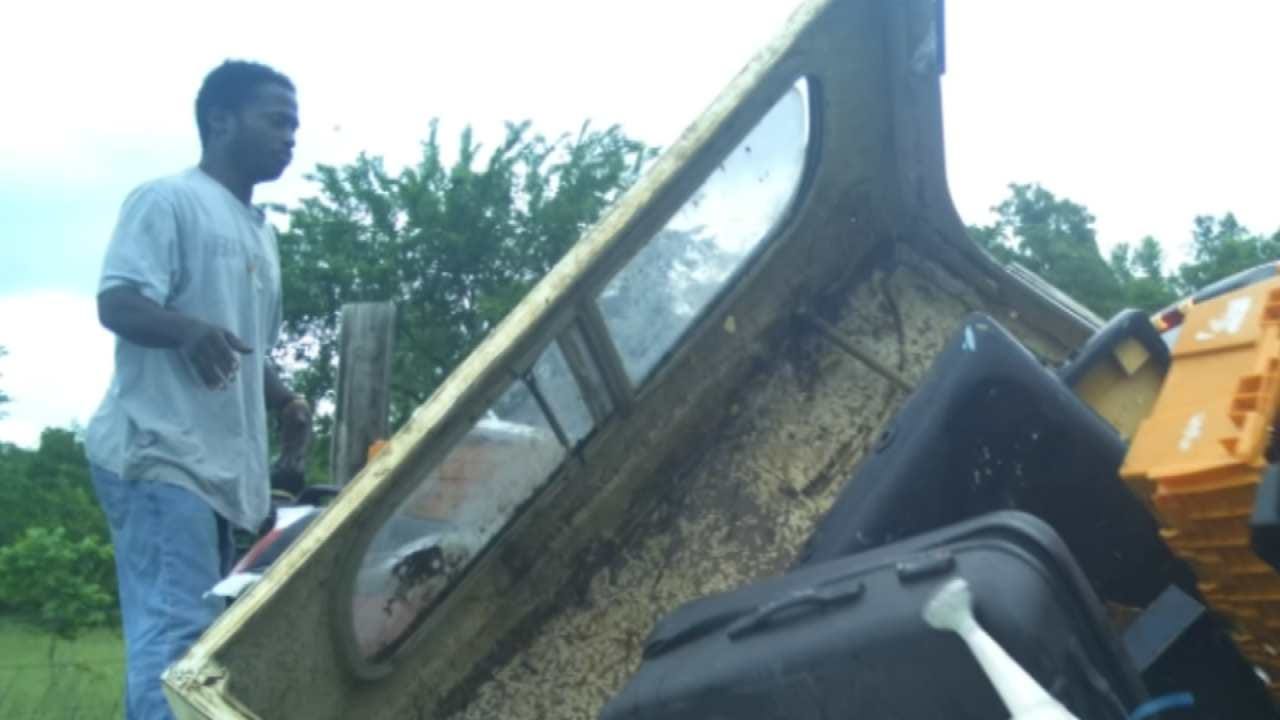 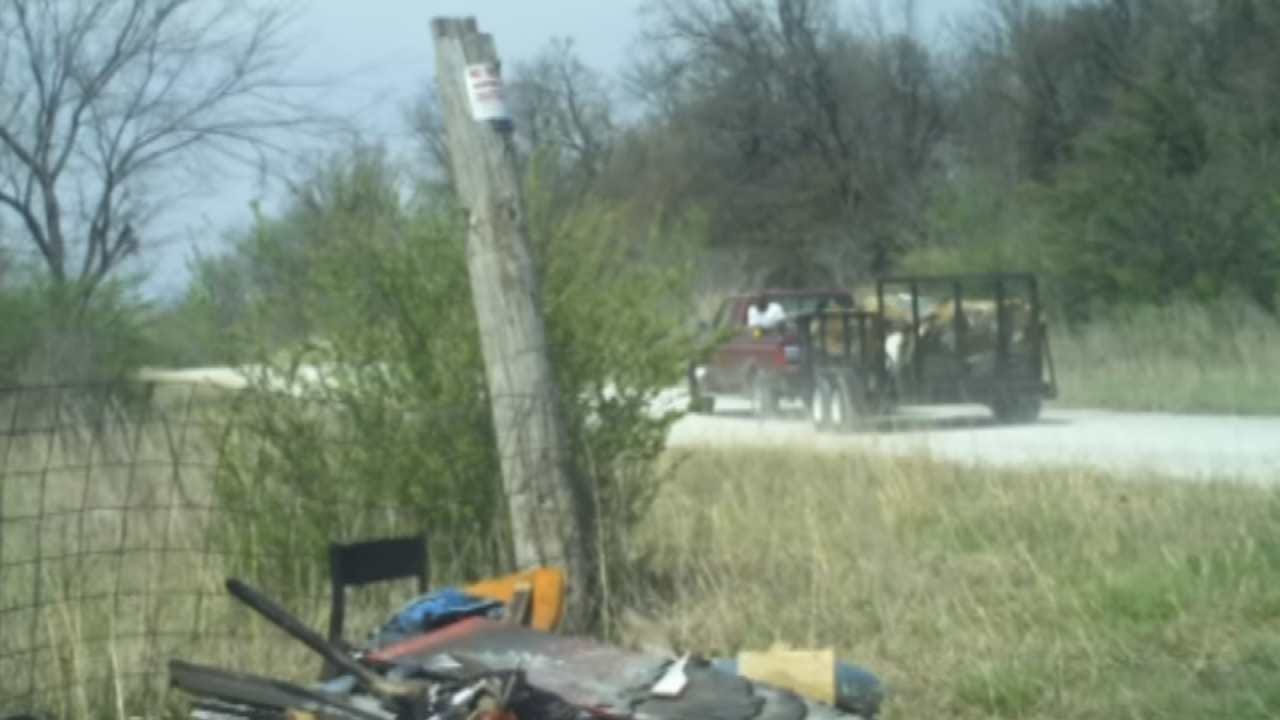 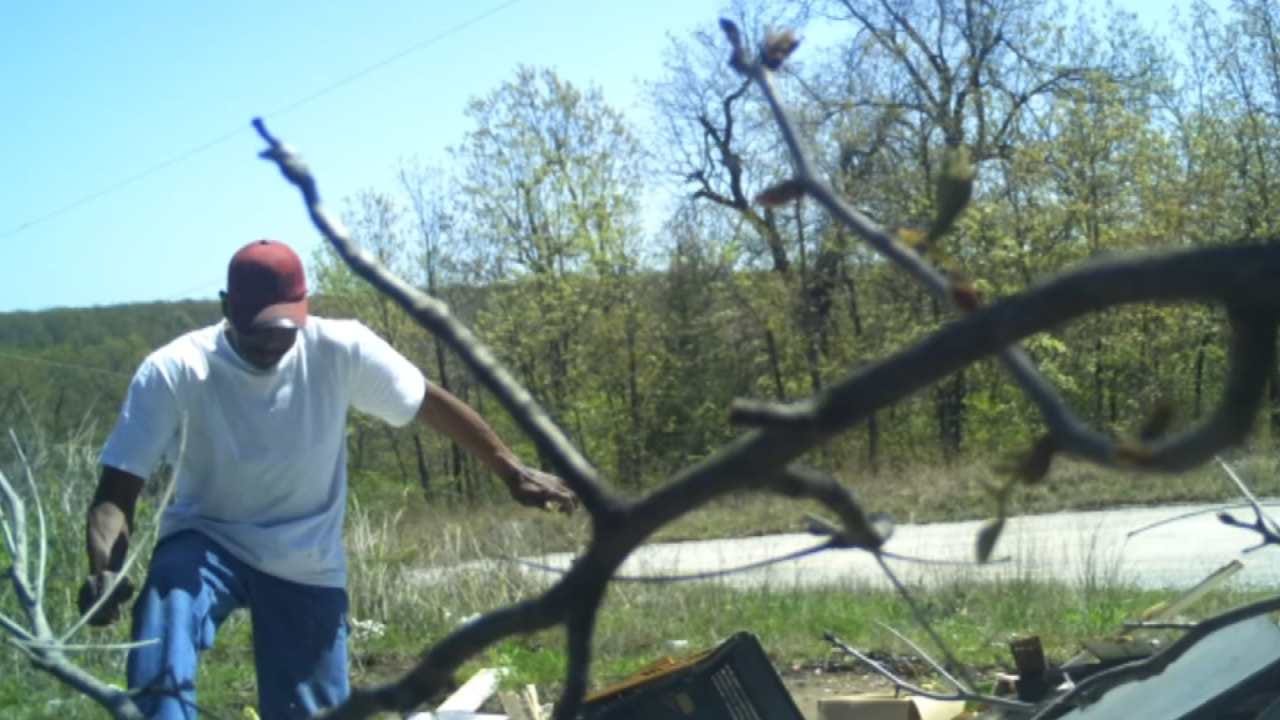 The Osage County Sheriff’s Office is cracking down on people dumping trash in the county.

So far, 30 cameras have been placed throughout the county and they are planning to add more.

The sheriff’s office says that a lot of the people they are catching dumping trash live in Tulsa.

Deputy David McAlister has been patrolling Osage County for the past five years.

He says he spends his time searching for trash piles and investigating who left them there.

“About two-thirds of the time, I can get the guilty party to clean it up,” McAlister said.

According to McAlister, Osage Drive along the Tulsa County line is a hot spot for dumping trash.

“I’ve never ever come here that there’s not something new to look at,” he said.

He says he usually comes up to a spot and starts looking for evidence like a piece of mail or even an address on a cardboard box.

“By law, two or more items from that same address makes anyone there liable,” stated McAlister.

“If I had a dead body right there, I would still be looking for the same kind of evidence,” he said.

But now, thanks to a grant, he’s got photo evidence to help catch those littering.

McAlister says, “I do keep a database with everyone I give a break to, so if I find them twice, they are going to get a ticket.”

If you recognize any of the people or vehicles from the surveillance photos, call the Osage County Sheriff’s Office at (918)287-3535.