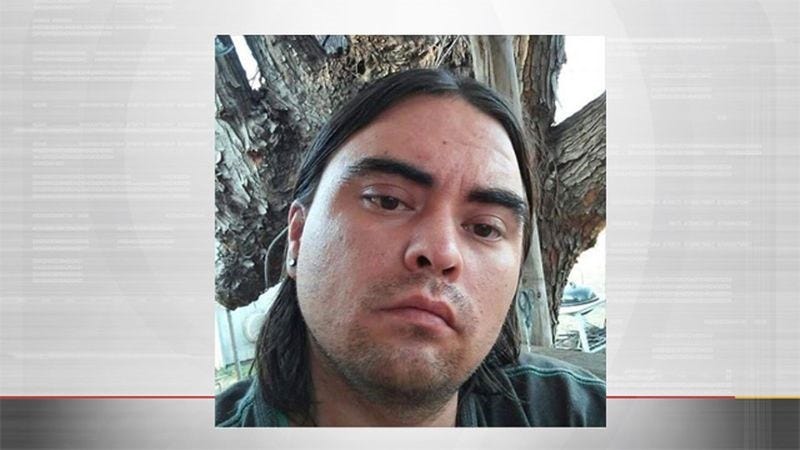 A nationwide manhunt is underway for a kidnapping suspect out of Purcell. Surveillance video shows the moment police say Floyd Joseph Ball, Jr. took his ex-girlfriend Joanna Higgins from the Subway where she works, and they now fear for her safety.

Purcell police say Ball wielded a knife to convince Higgins to leave with him, which is a more aggressive approach than when he kidnapped her just two weeks earlier.

Higgins's mother tells News 9 that she started trying to leave the father of her two young sons a few months ago, opting instead to raise the children on her own.

On April 21, police say Ball snatched Higgins while she was at the Sonic in town, beating her while they drove towards Moore. Higgins was able to talk Ball into bringing her back to Purcell, where he dropped her off at a convenience store and disappeared.

“He’s been hiding out somewhere,” says Detective Sgt. Scott Stephens with Purcell police, “and we haven’t found him, but he surfaced again (Friday) night.”

Police say Ball entered through the back door of the Subway around 10 p.m. Friday, and caught Higgins alone in the kitchen. Surveillance video shows him using a knife to threaten her into leaving with him.

Thankfully, the boys were safe with a babysitter.

“They keep asking about their mama and I just tell them to let them know, she’s still at work right now,” says Higgins’s mother Malenia Parnell Bell through tears.

The video shows Ball has changed his hair color to red. Higgins's mother fears his erratic behavior will lead to her worst nightmare, domestic abuse turned deadly. She says, “He got arrested for trying to stab a guy that she worked with because he felt like she was flirting with him.”

Police share her concern, urging the public to be on the lookout for the pair, who may be traveling in a green four-door Toyota Camry from 1999.

“I have fear that she won’t be able to convince him to let go of her this time,” says Stephens.

“I just want her safe. I just want to know she’s okay,” Higgins’s mother adds. She tells News 9 that Ball allowed Higgins to video call her Saturday afternoon, but she was in a dark room and did not know where she was. Ball told his hostage’s mother that he would keep her as long as he could until he was caught.

Police say Ball is armed and dangerous, so if you see him, please do not approach him. Just call 911 right away.