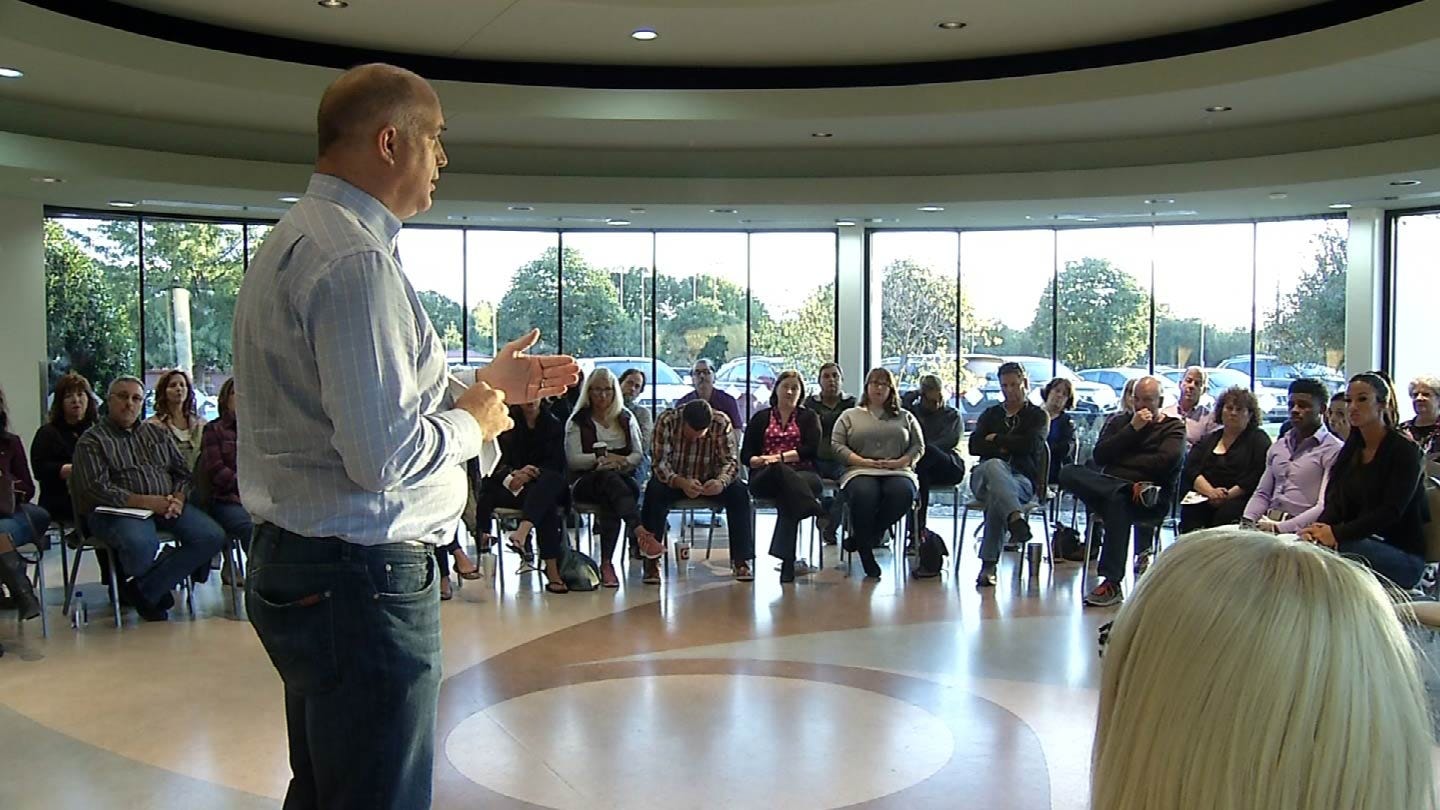 Tulsa City Council members are working to address short-term rental properties, like Airbnb, in the area.

It's turned into a very controversial topic here in Tulsa, but City officials say the big problem right now is the fact that it's hard to decipher the difference between a short-term rental and a long-term rental.

Many attended a meeting to voice where they stand on the issue.

“I just did not anticipate what a rich experience it would be to share our home,” said Tulsa resident Leah Krautter.

Krautter lives in Swan Lake Historic District and operates an Airbnb but says she is fighting a legal battle with the city because her neighbors say she was running an illegal bed and breakfast.

“I got a note slapped on my door by the city saying I had to shut her down or I would be fined $1,000 a day, and I went to the BOA and appealed that I was a bed and breakfast,” she explained.

An Airbnb is considered a short-term rental because people can rent rooms in their home out to other people during times that they choose.

While a bed and breakfast is a long-term rental because they continually rent out throughout the year.

“A bed and breakfast, I’m sorry y’all but it has to serve breakfast and I don't,” Krautter stated.

That's why city officials want to hear from people about what works and what doesn't.

“We’ve got some additional work to do, but its things like this that inform our decision and makes it a lot easier,” said Ben Kimbro of City Council District 9.

But some people are against having Airbnb in their neighborhoods because it could be a distraction, even if there was a code in place.

“All of those things assume everyone in this commercial activity is a wonderful person but you don’t know that,” said Jim Niedermeyer.