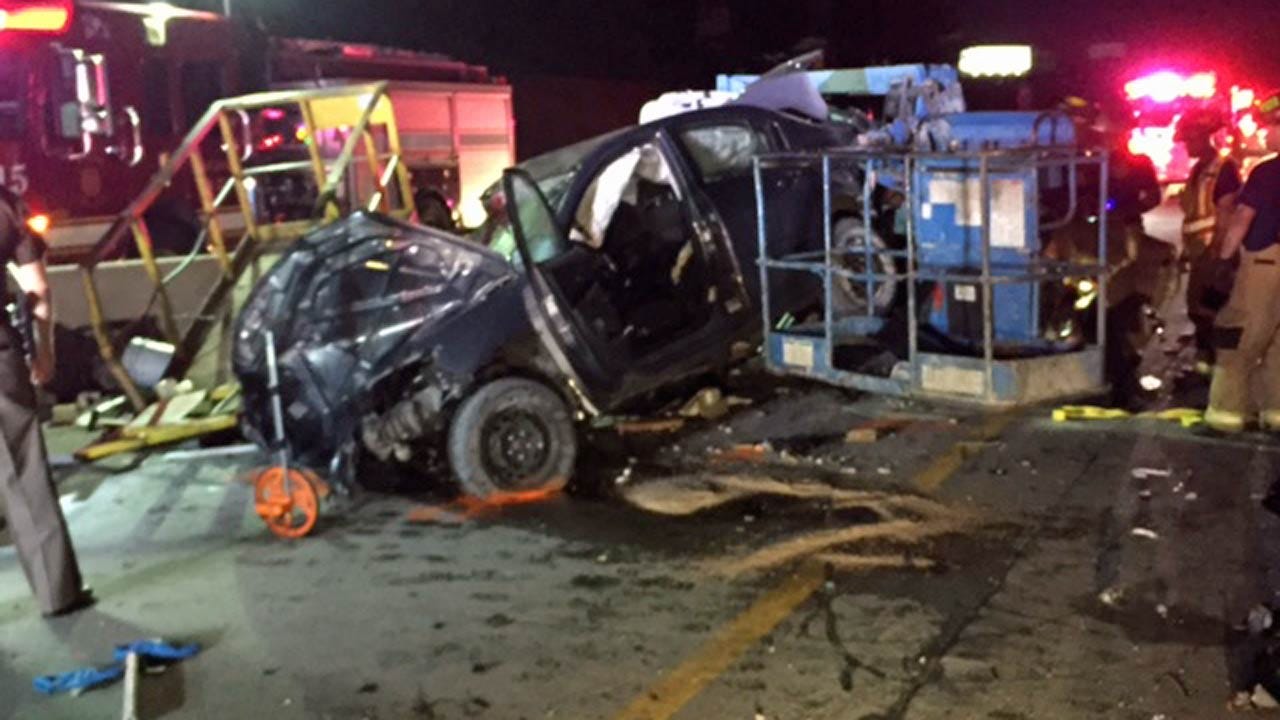 The Oklahoma Highway Patrol says a Broken Arrow man crashed into construction equipment while driving the wrong way down I-244 near Pittsburg.

He is identified as Brett L. Smith.

The OHP got the call around 10:45 p.m. Sunday about a car going eastbound in the westbound lanes of Interstate 244.

A short time later, troopers found the car crashed into a concrete wall after it hit some construction equipment.

Firefighters had to extricate the driver from the mangled car.  EMSA then took him to the hospital where there is no word on his condition.

The OHP says no other drivers were involved in the crash which remains under investigation.