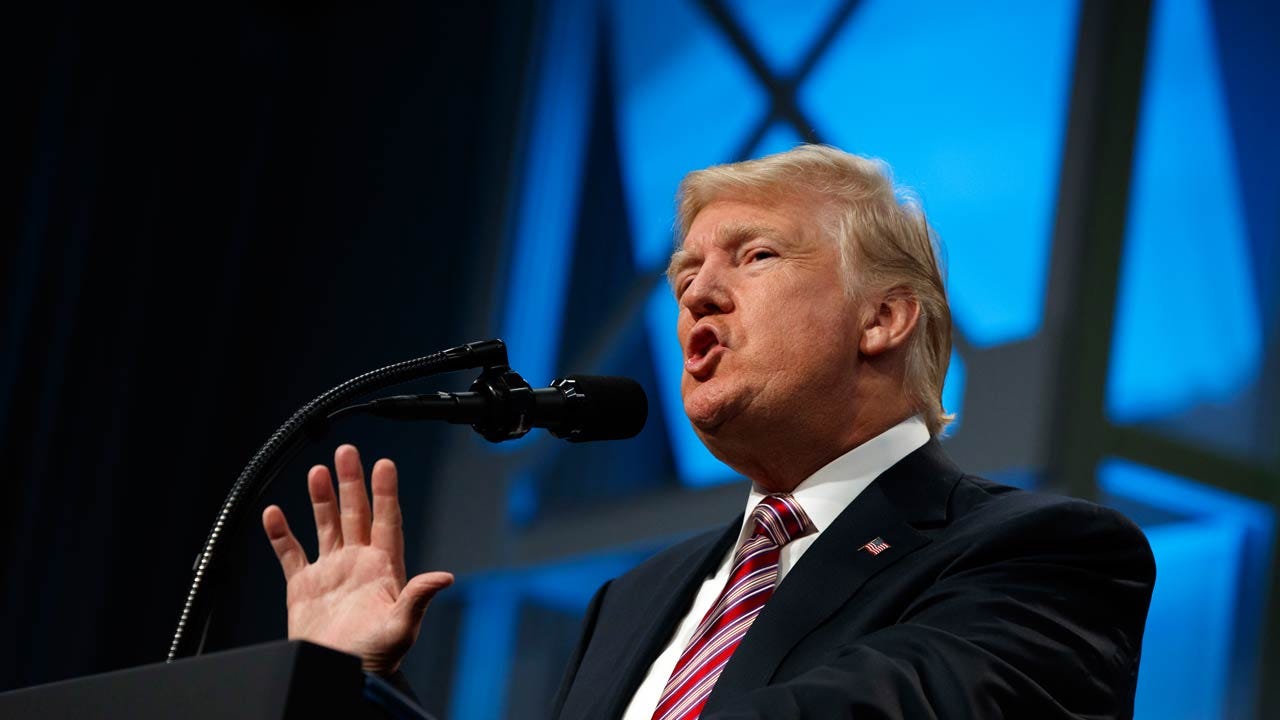 President Donald Trump on Sunday scoffed at “politically motivated ingrates” who had questioned his administration’s commitment to rebuilding Puerto Rico after a pulverizing hurricane and said the federal government had done “a great job with the almost impossible situation.”

The tweets coming from a president ensconced in his New Jersey golf club sought to defend Washington’s efforts to mobilize and coordinate recovery efforts on a U.S. territory in dire straits almost two weeks after Hurricane Maria struck.

San Juan Mayor Carmen Yulin Cruz on Friday accused the Trump administration of “killing us with the inefficiency” after the storm. She begged the president, who is set to visit Puerto Rico on Tuesday, to “make sure somebody is in charge that is up to the task of saving lives,” and appealed for help “to save us from dying.”

Cruz explained in a television interview Sunday that “there’s only one goal, and it’s saving lives,” adding that all she did “was ask for help.”

“I know the good heart of the American people and I know that when a mayday sound goes off, they come to the rescue,” she told ABC’s “This Week.”

Trump’s weekend tweets have shown him to be contemptuous of any complaints of a laggard U.S. response to the natural disaster that has imperiled the island’s future. He has repeatedly blamed the press for what he sees as unfair coverage of the situation on the ground, where power and many are still struggling for basic essentials, including food, water and fuel.

“We have done a great job with the almost impossible situation in Puerto Rico. Outside of the Fake News or politically motivated ingrates ... people are now starting to recognize the amazing work” done by the Federal Emergency Management Agency and the military, he tweeted.

The day before, Trump had lashed out at Cruz, deriding “Such poor leadership ability by the Mayor of San Juan, and others in Puerto Rico, who are not able to get their workers to help.”

He added: “They want everything to be done for them when it should be a community effort.”

Trump’s critical response was an unusually pointed rebuke in the heat of a disaster — a time when leaders often put aside partisan differences in the name of solidarity. But it was a reminder of the president’s unrelenting penchant for punching back against critics, whatever the circumstances.

“You know, speaking from his fancy golf club, playing golf with his billionaire friends, attacking the mayor of San Juan who is struggling to bring electricity to the island, food to the island, water to the island, gas to the island. It is unspeakable. And I don’t know what world Trump is living in,” he said in an interview on CNN’s “State of the Union.”

“It’s not appropriate. I mean, when people are in the middle of the disaster, you don’t start trying to criticizing them,” he said on CNN. “I just — I don’t know what to say.”

“Well, I think, as you know, when the president gets attacked, he attacks back. And I think the mayor’s comments were unfair, given what the federal government has done,” he said on NBC’s “Meet the Press.” Mnuchin added of Trump: “I don’t think he was attacking the people. He understands that the people are going through a very difficult situation.”

The Trump administration said it had more than 10,000 federal officials on the ground, and that urban search and rescue teams have covered the entire island, searching more than 2,649 structures. Fifty-nine hospitals are partially operational, and 45 percent of customers have access to drinking water, officials said. Stores are also opening, with nearly half of grocery and big box stores, and more than 60 percent of retail gas stations open for business.

FEMA administrator Brock Long told NBC that FEMA had been working to fix roads, establish emergency power and deliver fuel to hospitals. He said telecommunications are available to about one-third of the island.

“Oh, I believe the Puerto Ricans are pulling their weight. I mean, I think they’re doing what they can,” he said.

White House budget director Mick Mulvaney implored the public to: “Judge us by the actions, please” on CNN. “Judge us by what’s happening on the island, judge us by the men and women who have worked tirelessly.”

Trump’s administration has tried in recent days to combat the perception that he failed to quickly grasp the magnitude of Maria’s destruction and has given the U.S. commonwealth less attention than he’d bestowed on states like Texas, Louisiana and Florida after they were hit by hurricanes Harvey and Irma.

Sanders said that, “given the president’s history on race,” it was fair to question whether ethnicity might be playing a role in his different reaction.

“Yeah, I think we have a right to be suspect that he is treating the people of Puerto Rico in a different way than he has treated the people of Texas or Florida,” Sanders said.

Republican Sen. Marco Rubio of Florida encouraged all parties to stay “100 percent focused on what needs to be done to get the people of Puerto Rico help.”

“I do think every minute we spend in the political realm bickering with one another over who’s doing what, or who’s wrong, or who didn’t do right, is a minute of energy and time that we’re not spending trying to get the response right,” he said on CBS’ “Face the Nation.”