Construction, Parking May Cause Issues For Tulsa State Fair Attendees 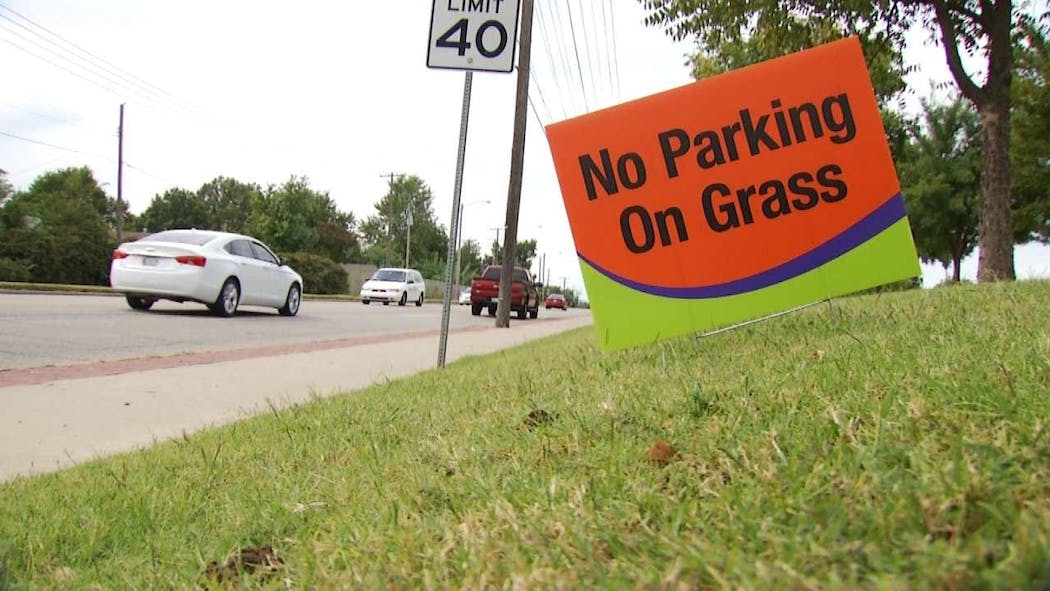 Before you head out to enjoy all the food and rides at the Tulsa State Fair, getting there may be a challenge this year.

The parking lots on the fairgrounds were already full just an hour after the gates opened.

It's only day one and thousands of people will be making their way out during the next few days.

Thanks to a bridge construction project, drivers coming from the north can expect I-244 between Harvard and Yale to be packed during the fair.
ODOT suggests drivers just avoid the area.

Drivers can come in from Highway 75, take the BA and exit on 21st street or Harvard.

Once drivers make it to the fairgrounds, they'll be greeted with 'no parking' signs on the side streets across from the Golden Driller and a reminder to not park on the grass.

Folks will pay $10 or $20 dollars before they even make it to the corn dogs if they want to park on the fairgrounds, and space will be limited.

"We're expecting upwards of 1.1 million people, so that's a lot of folks in a small area, so parking is always a challenge," Dean said.

The Tulsa Fair Transit system offers free shuttle rides from four different locations, and the rides are offered at different times each day, so be sure to plan ahead.

And if you do take your own car, Dean reminds everyone of one more step to take before hopping on a ride.

"Make sure that you're leaving your valuables locked up and out of sight. That way an opportunist can't see what's laying in your vehicle and take advantage of that," Dean said.