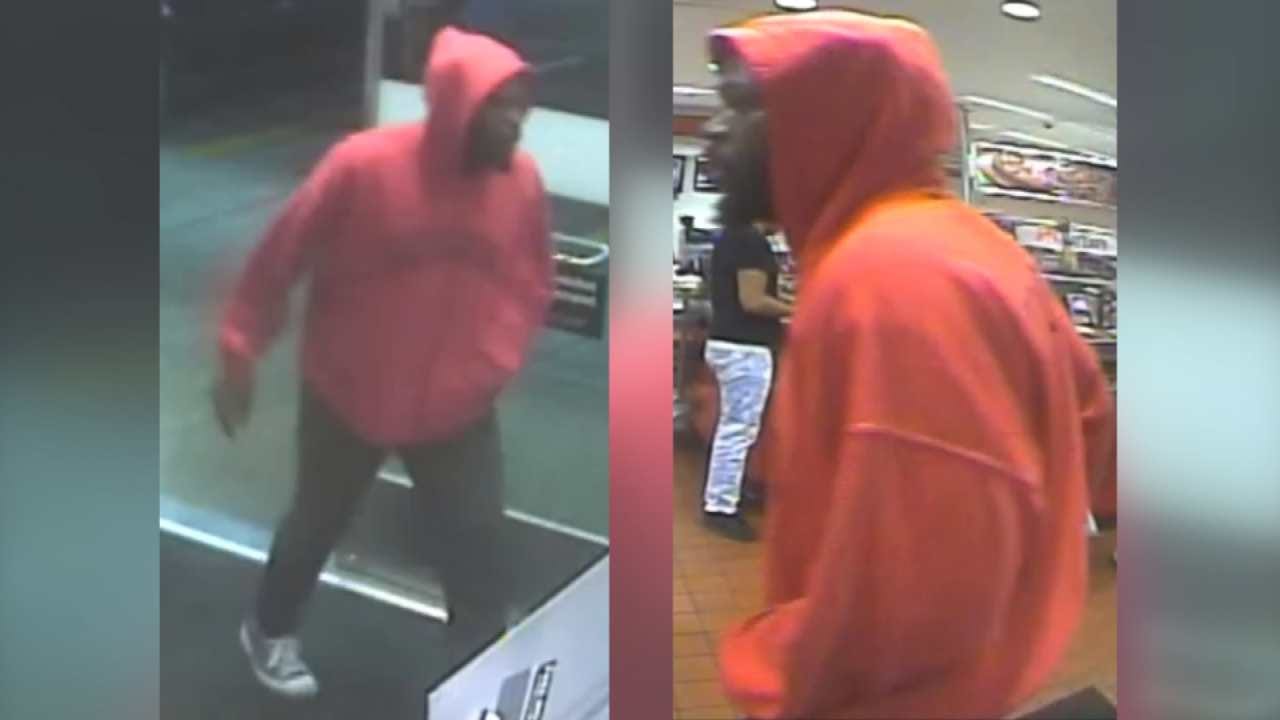 A Tulsa man, caught on camera robbing a QuikTrip, made his getaway on a bicycle.

Investigators believe he's a repeat thief and hopes you can help stop him.

Police said that this isn't the first time this person has targeted a Tulsa QuikTrip.

Police don't know who the hooded suspect is, but they say he is responsible for at least two QuikTrip robberies in Tulsa.

Officer Jeanne Mackenzie with the Tulsa Police said, "He could be responsible for other crimes that we haven't linked him to yet."

Including one around midnight on Thursday.

Officers said the person walked into the 51st and Sheridan QuikTrip, said he had a weapon, demanded money, then rode off on a bicycle.

Mackenzie said, "I think that criminals just use any means they can to get away and they figure a bicycle is going to get them away faster than on foot."

They said the suspect claimed he had a weapon and demanded money, then rode away on a bicycle.

"I think that once they realize that they can rob one, and they get away with it, they come back, they get greedy … Criminals are opportunists and they will take an opportunity if it presents itself to commit a crime." Mackenzie said.

QuikTrip released a statement saying, "we continue to work with law enforcement and we are confident that our surveillance equipment and our training will assist them in making an apprehension of the individual very soon."

"We will catch them, it just takes a little bit of time and investigation," Mackenzie said.

If you know anything about the robberies, you can make an anonymous tip by calling CrimeStoppers.