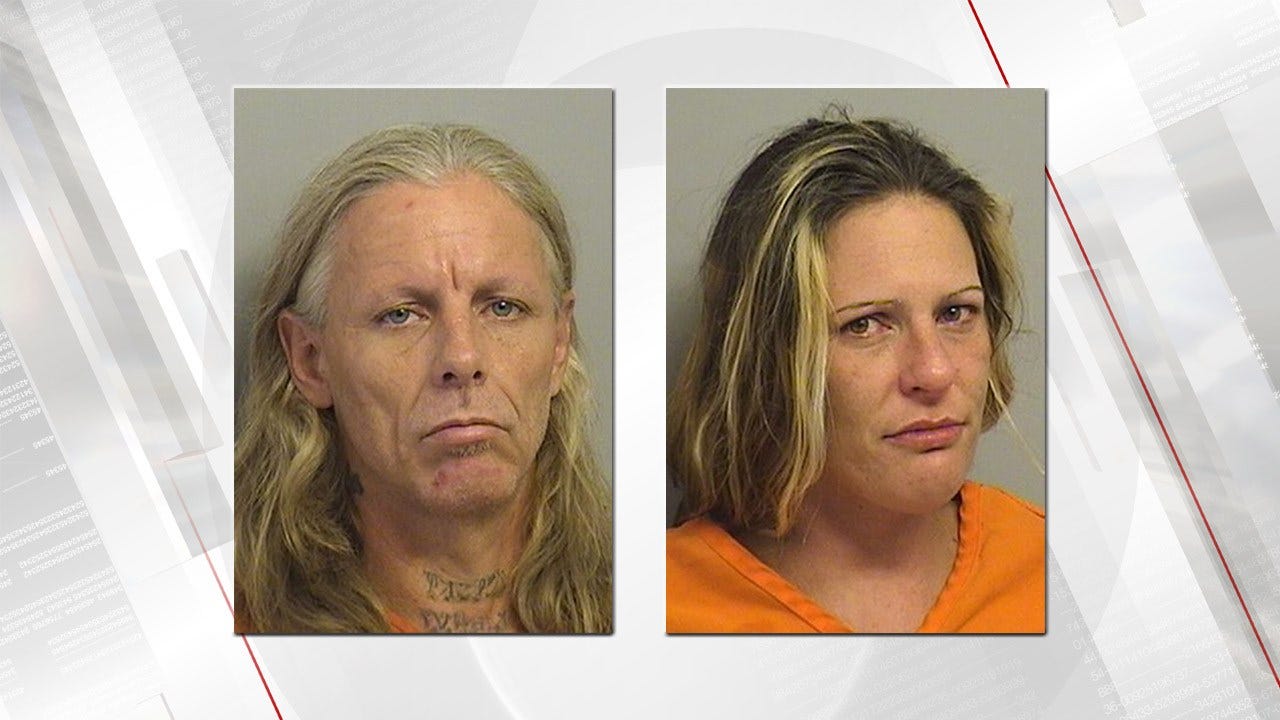 Tulsa police arrested a man and woman early Sunday morning on complaints of child neglect after officers responded to a family dispute at the home and found a child living among dog feces on the floors, trash covering the floors and no running water.

According to the arrest and booking report, when officers arrived at the house, they were met on the road by Shauna Gilbert who was "yelling and screaming she did not want her kids anymore and she wanted the sheriff's office to take her kids."

Only one child - a 12-year-old - was present when officers arrived, and Shauna Gilbert told police the 12-year-old child had been thrown to the ground by Glenn Gilbert. Officers saw scratches on the child's arm and redness around the child's neck, the report shows.

Shauna Gilbert also told officers that Glenn Gilbert had put the child in a choke hold and began choking the child, police said.

Once inside the home, officers saw that there was no running water, no electricity, trash and dirty laundry covered the floors, dog feces was on the floors, food was rotting in the kitchen, old food was covered in flies inside the refrigerator and bugs were flying and crawling all inside the house, the officers reported.

Both Shauna and Glenn were arrested and booked into the Tulsa County Jail.