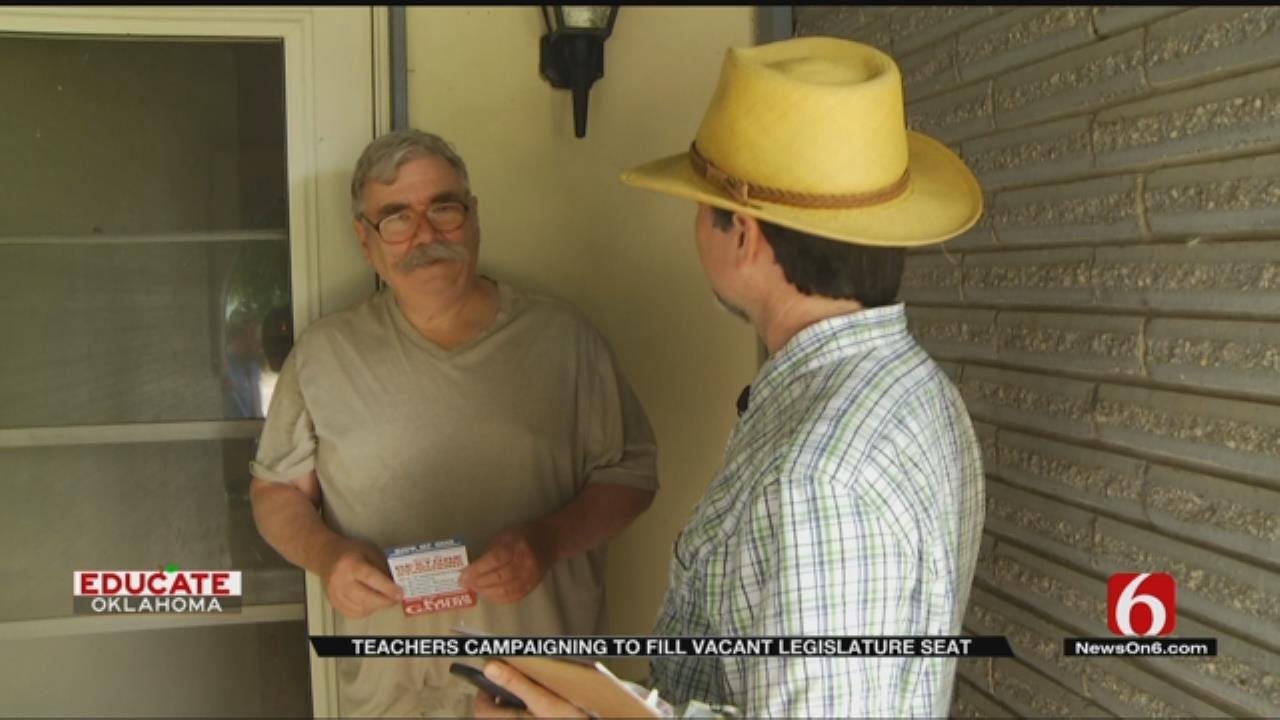 The turmoil over education in the Legislature this year might add to turnover next session.

Even though the current legislature was elected last fall, some teachers still hope to change things for next year.

Not long ago, John Waldron was campaigning for state Senate.

"It's about getting people thinking about the issues and making smart decisions," Waldron said.

He was in that wave of teachers who ran last fall, and like most of them, he lost.

"My disappointment really isn't personal, it's about the children, and the people who depend on reliable public services and a budget that serves all Oklahomans, so when I watched the legislature fail to come together and get things done, that's where the real heartbreak is," Waldron said.

So Waldron, armed with the latest data on voters, a good hat and comfortable shoes, is back out campaigning.

He's looking up Democrats with a history of voting, like Jackie Robertson.

Sometimes he finds people home, but many times he does not and has to just leave a flyer on the door.

Though the challenge is to get votes in one race, special election, in July, he's finding people upset about education who say they're planning to vote.

"We need to figure something out for them," said voter Bill Oaks.

Waldron is a history teacher at Booker T. Washington and he said he learned a lot about civics walking neighborhoods.

"Everybody ought to have to talk with all of their voters in the course of campaign," Waldron said.

He's still hoping to change the legislature, even if it's just as one teacher campaigning for another.

"Do we want a government that serves everybody's needs or just the needs of a few?" Waldron said.

The special election that's the focus of Waldron's work these days is on July 11th to fill the seat left empty by the resignation of Dan Kirby.