Storm Possibilities in the Coming Days. 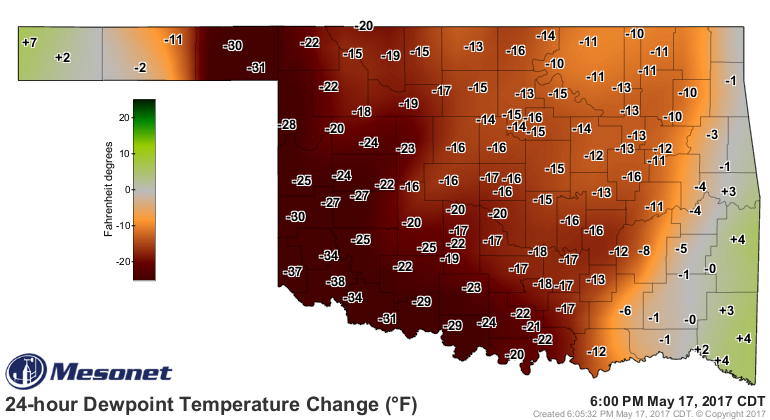 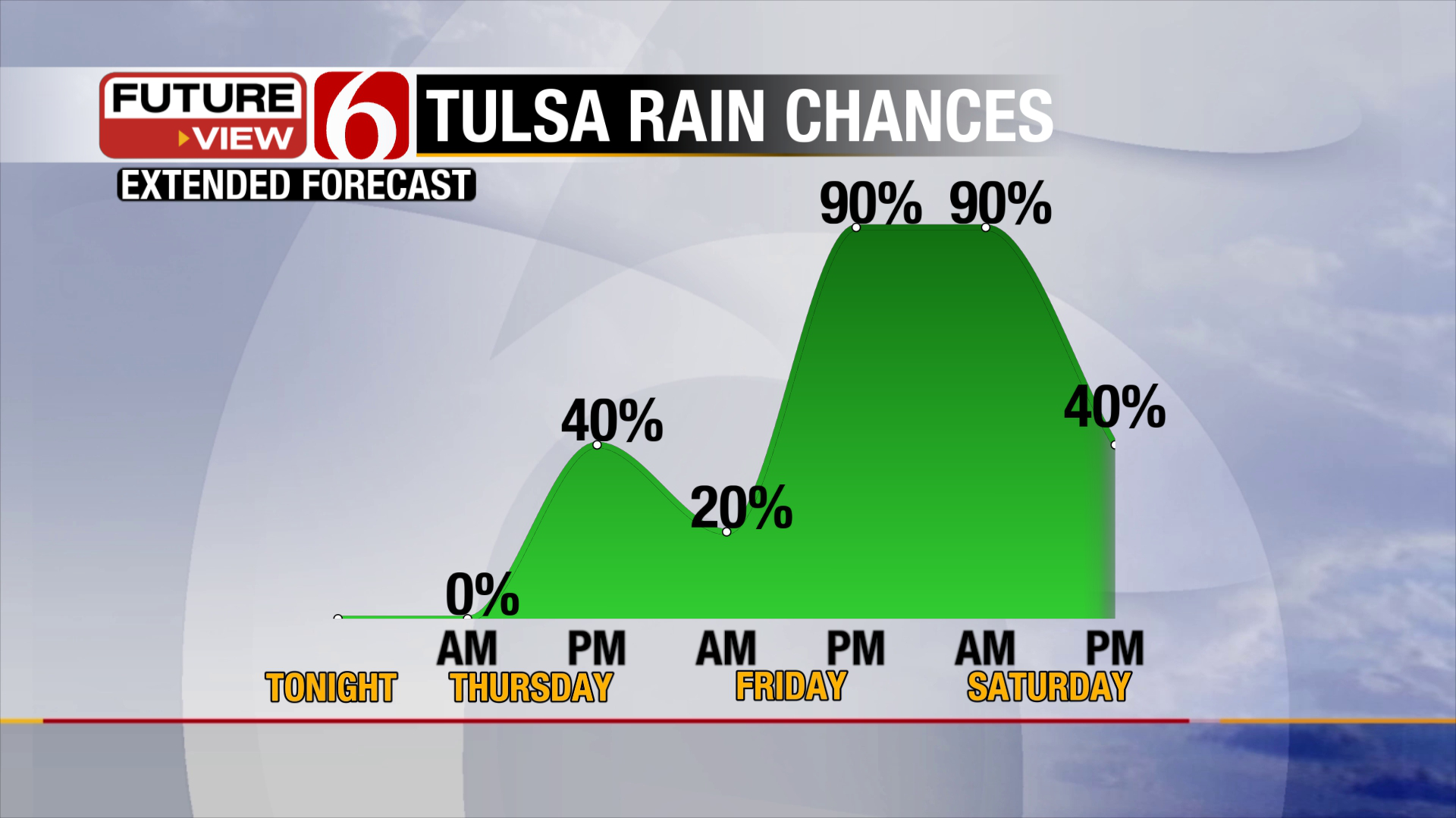 The maximum wind gusts for today, courtesy of the OK Mesonet, reflect both the very strong and gusty winds we have endured throughout the day today as well as the winds that accompanied the storms that blew through this morning.  Officially, the observation at Tulsa International Airport recorded a wind gust of 53 mph with the late night storms, but the winds through the daytime hours have been nearly as strong with gusts recorded to 47 mph.

Those strong SW winds today have also brought in some much drier air as you can see by the 24 hour change in the dew point temperature, again courtesy of the OK Mesonet.  Those values yesterday were in the mid 60s but as of late this afternoon had dropped into the lower 50s.  Typically, that combination of strong SW winds, abundant sunshine, and the drier air would have produced much warmer temperatures than we had for today.  So far, Tulsa has officially topped out at 85 which is certainly above normal but not nearly as warm as would ordinarily have been the case.  By the way, click here for the normal and record values for this date or any other.

A primary reason for temperatures under-performing today is the abundant rainfall of recent weeks, the very wet soils, and the very green, growing vegetation; all of which helps to keep temperatures somewhat in check.

For tonight, those gusty winds of today will subside somewhat with winds more on the order of 10-20.  In spite of the very dry air currently in place, the fact that the winds will not become calm and the possibility of some stratus clouds forming by early morning should keep temperatures in the mid-upper 60s to start the day.  Also, instead of a SW wind, the winds will become more southerly overnight and SE during the day Thursday.  That means moisture will quickly return setting the stage for showers/storms by later Thursday as you can see on the time line.

Although, not as strong as today it will be another windy day Thursday but the more SE winds together with an approaching storm system will provide more cloud cover which should result in daytime highs reaching the mid 80s.  Again, referring to the time-line, look for showers/storms to reform in W OK during the afternoon hours which will then be moving eastward into Green Country that evening/night.  They are expected to weaken somewhat by the time they get here but there will still be a severe threat with all modes possible.  Those storms will then move on eastward giving us a decent start to the day Friday.

Then, it starts getting real interesting by later Friday, through the overnight hours, and into the morning of Saturday.  Another round of storms will reform to our west and move eastward and this line will bring another threat of severe weather with all modes possible.  It will also pose the threat of locally heavy rainfall which could result in flash flooding as you can see on the 7 day QPF.  In other words, strongly advise being very weather aware over the next couple of days.

That final round of storms late Friday or into the morning hours of Saturday will also be accompanied by a cold front which will be followed by some unseasonably cool weather for the weekend and into the following week.  At least it looks like any lingering showers should have ended by later Saturday or early Sunday morning for the more SE counties leaving us with a cool but relatively pleasant Sunday into the day Monday as you can see on our forecast page.

Not for long though as another system looks to be arriving on Tuesday with another round of showers/storms.  In fact, the longer range guidance through the end of the month continues to suggest temperatures averaging cooler than normal and also a wetter than normal pattern.

Storm Possibilities in the Coming Days.