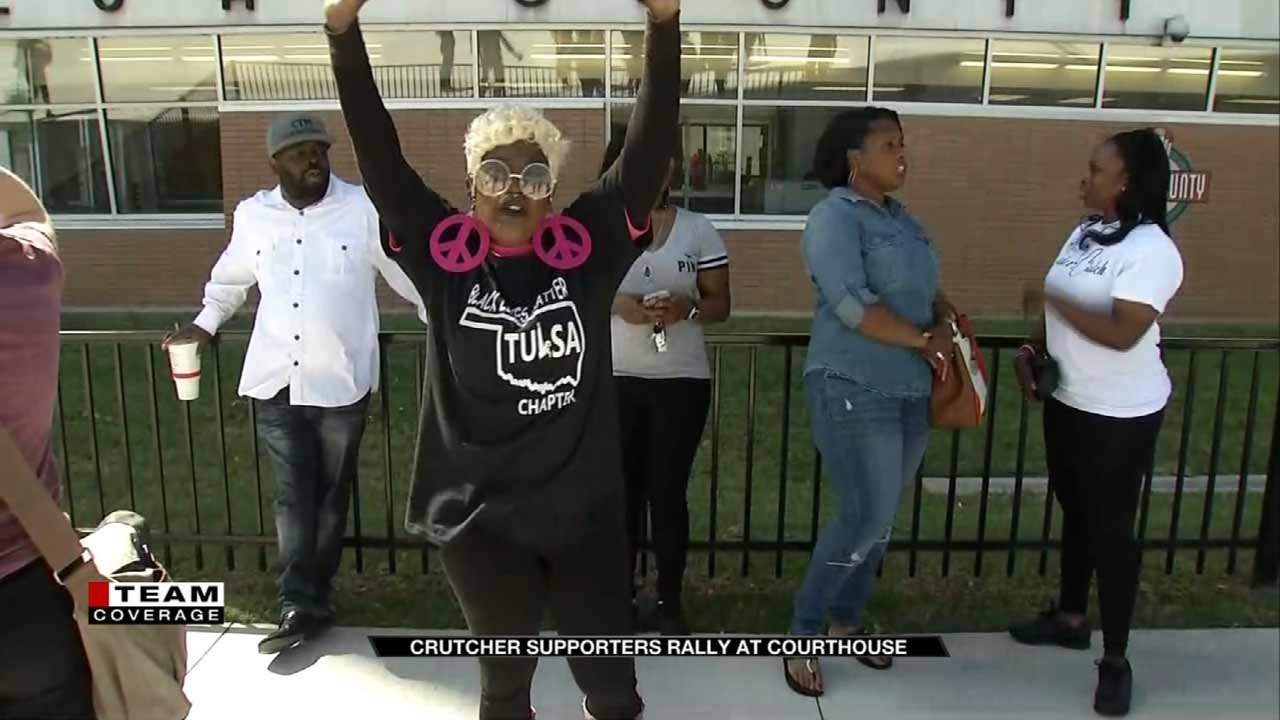 One of the organizers said it's not about dividing Tulsa, it's about having a conversation.

"We've all got to be equal that's what I'm going to do regardless of if its guilty or not guilty. I'm going to keep pushing for what's right. And I'm sure everybody else is too," said organizer Angie Pitts.

"We're not going to take it in a bad manner, we are going to keep fighting with our mouths, with our pencils. Going to our legislators, that's what we have to continue to do."

Marq Lewis of We The People Oklahoma said he doesn't know of any planned gatherings or demonstrations.

Lewis said he has been circulating a petition against judge Judge Drummond. He said the trial should have been held in a larger courtroom to accommodate all of the people wanting to watch the process.

According to the courthouse, the larger courtroom was already in use when the trial began.