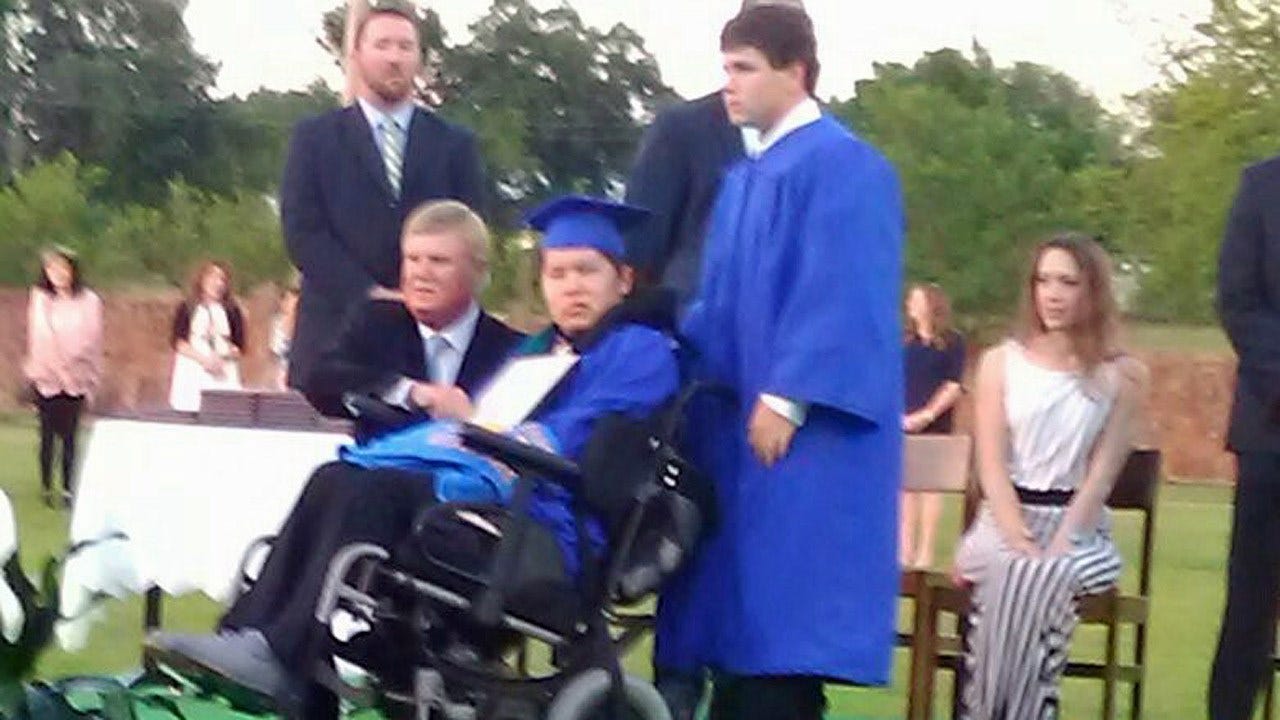 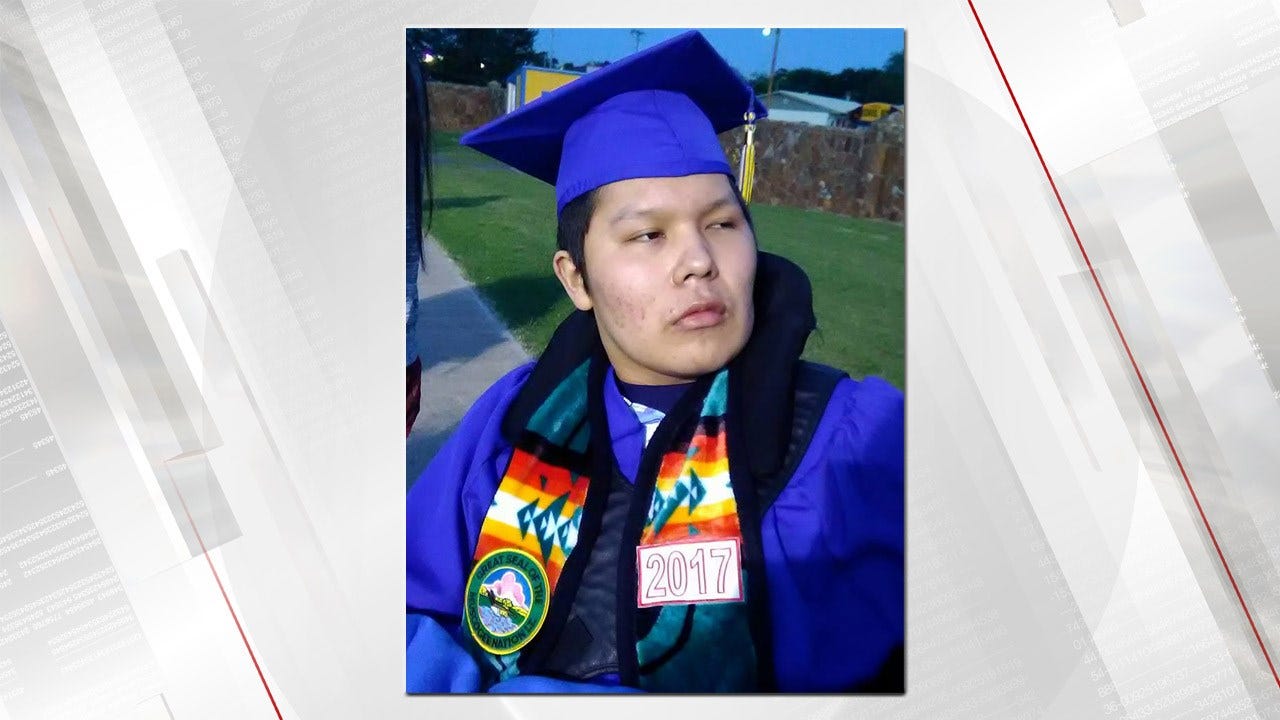 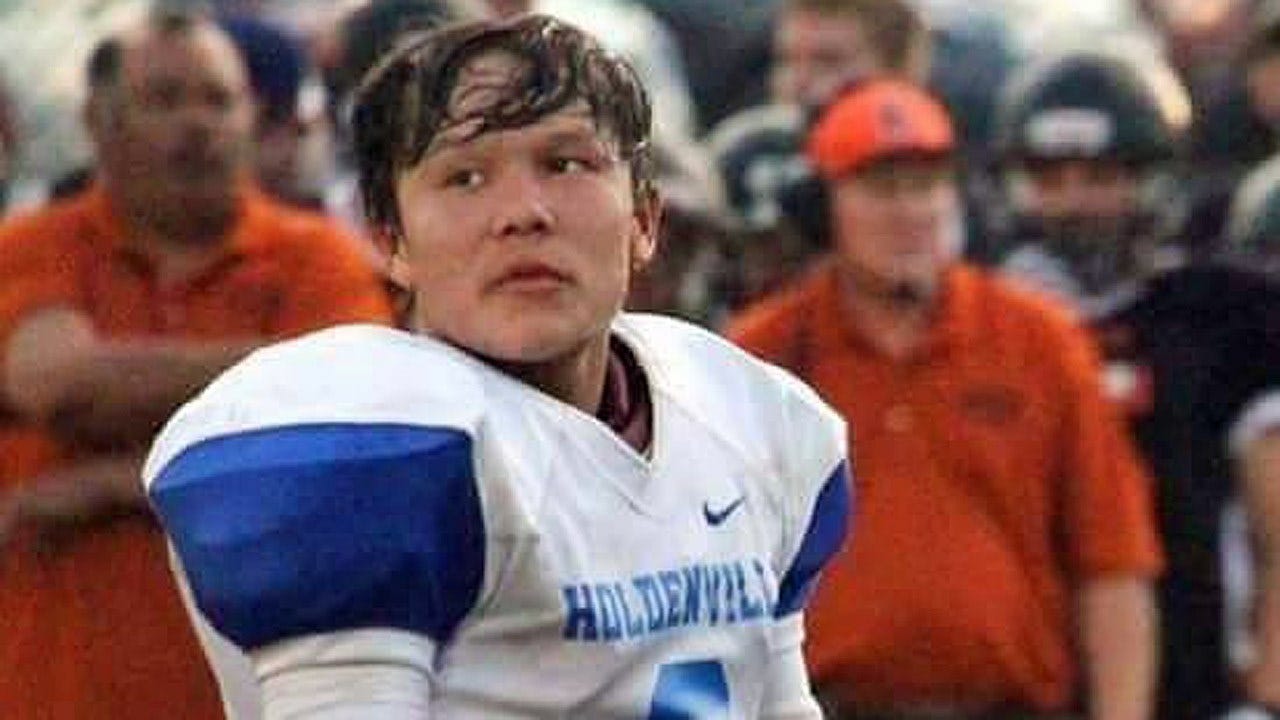 Though Lowe didn't officially graduate, the school allowed him to be an honorary member of the class of 2017 and cross the stage with his classmates, family members wrote on his Facebook page, 'Oske's Journey.'

Lowe's "brother from another mother" pushed him across the stage, his family said.

"So glad and blessed to be home and he was able to participate in the senior activities the last two weeks," the family wrote on the Oske's Journey page.

Lowe spent one week in school as a Holdenville senior the night of his injury.

Thursday, September 1, 2016, was the second football game of the season. The team was taking on Shawnee when Lowe came off the field with a painful headache which over the next few minutes got worse.

As Lowe was being taken to the stretcher, Lowe lost consciousness. An ambulance took Lowe to a local hospital but he was quickly taken by air ambulance to OU Medical Center. He underwent surgery at about 1 a.m. to relieve the pressure that the bleeding was putting on his brain.

The subdural hematoma and several mini strokes he suffered were just the beginning of his long journey, but his family said Lowe has fought every step of the way.

"My heart being broken and I experienced what it felt like to not be able to breathe," his mother, Nancy, wrote. "But, we are doing so much better because we have Jesus in our heart and by our side and with the help from everyone's prayers and support. I can't thank everyone enough."

After several months in The Children's Center Rehabilitation Hospital in Bethany, Oklahoma, Lowe is now at home with his family.