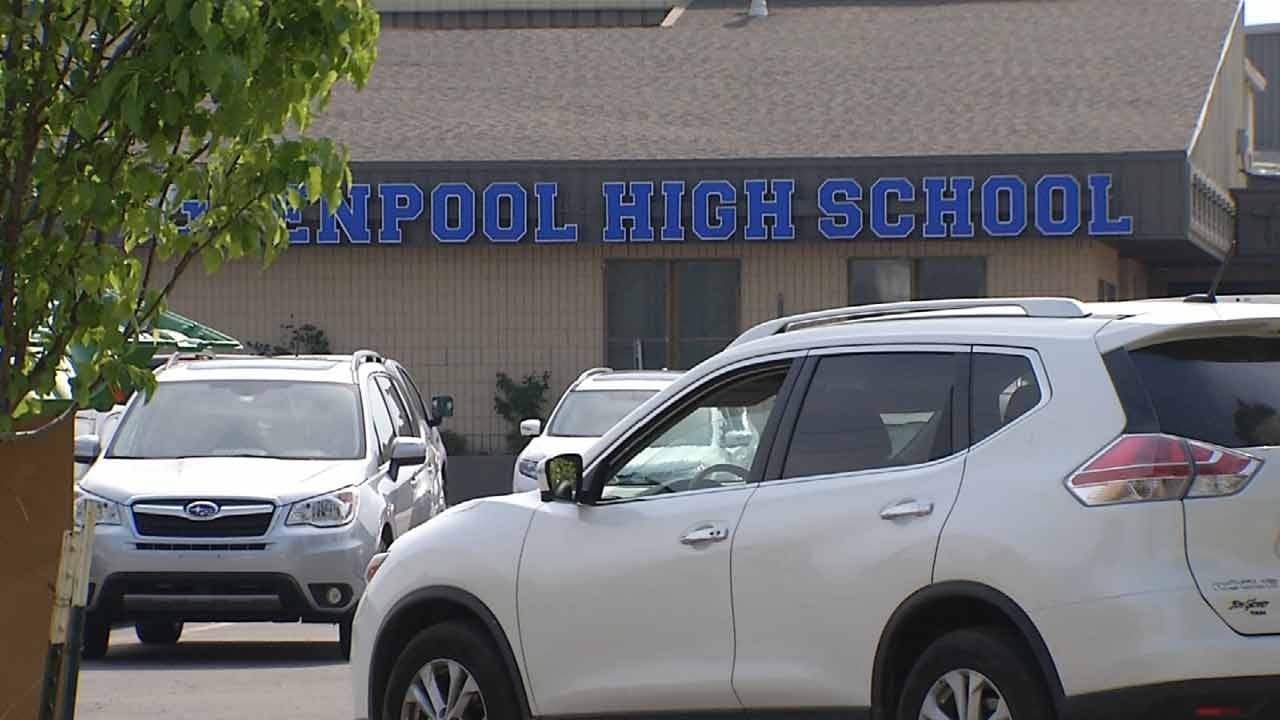 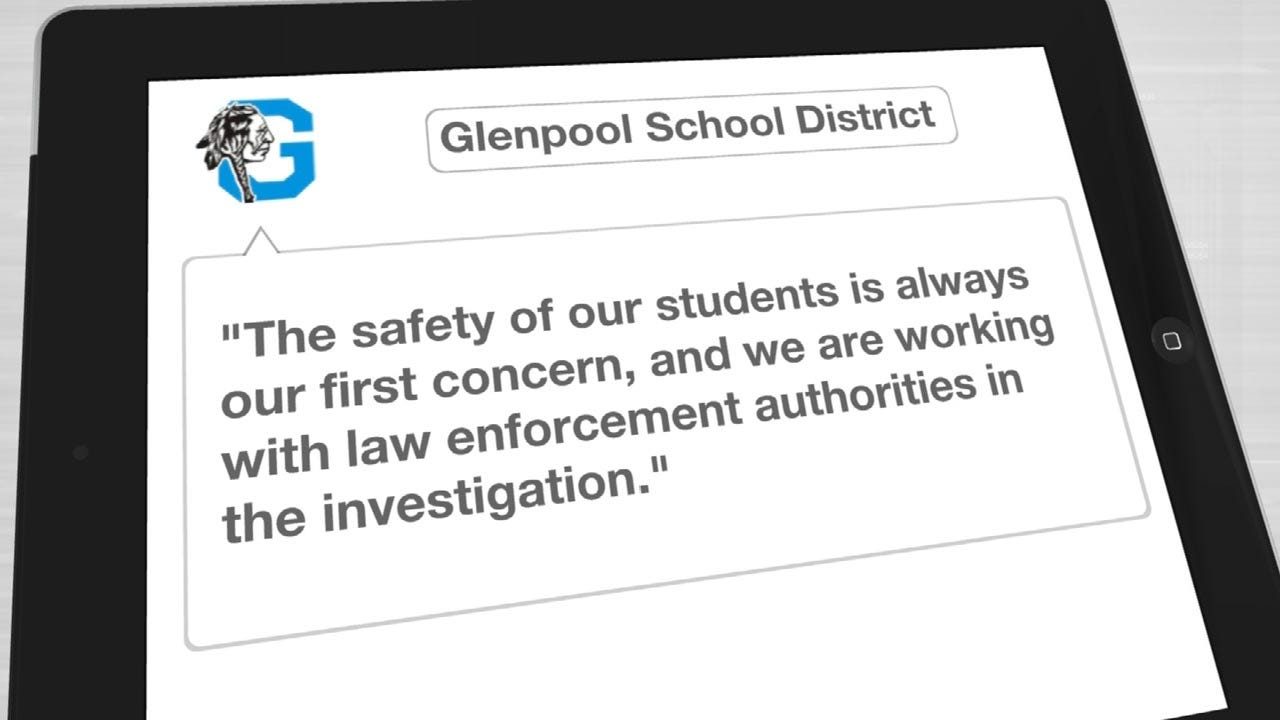 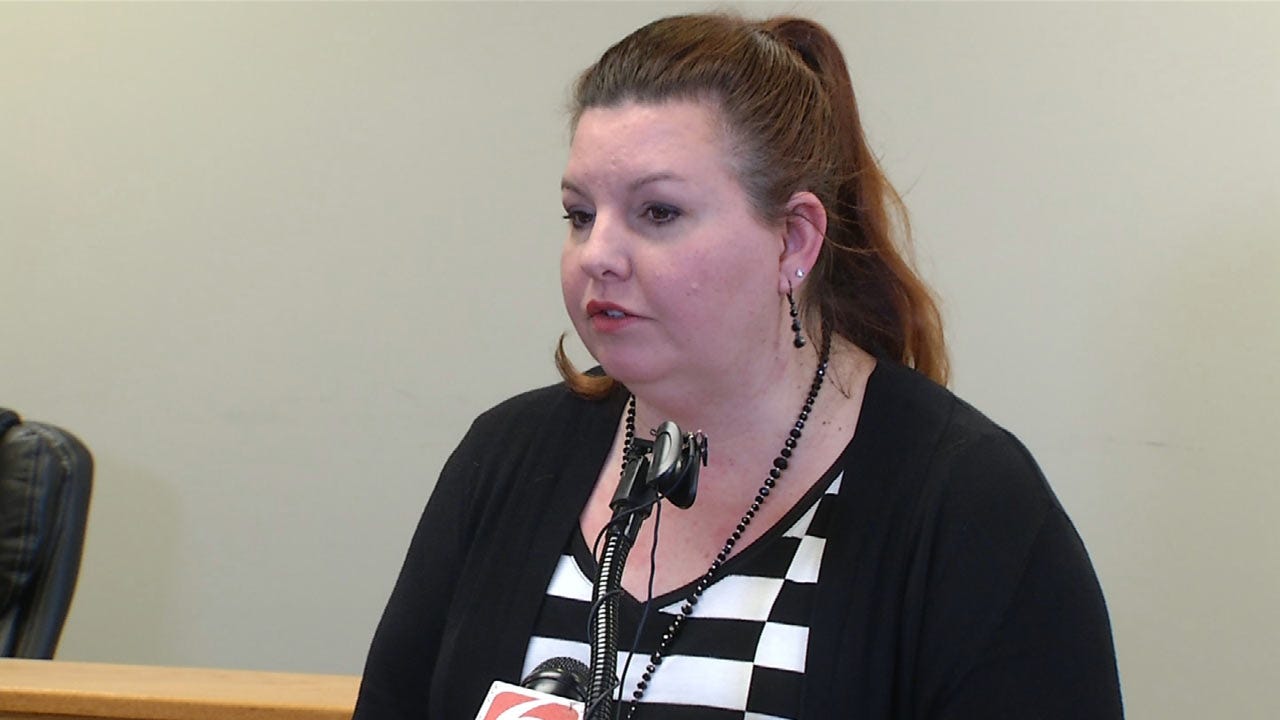 Editor's note: We have removed the suspect's name from the story because he has since been charged as a youthful offender.

Glenpool police confirmed the arrest of a teenage student for a sex crime against an elementary student.

Police say the 16-year-old was arrested for lewd acts to a 7-year-old student.

A police spokesperson said Hampton is a computer aide who was working with elementary students at the school. At a press conference on Friday, they said the alleged incident happened on April 1.

According to an arrest report, the child was having dinner with her parents on the same date and told them she was in computer class and he touched her privates and rubbed her shoulders.

"When describing shoulder rubbing, [the girl] pointed to her thigh and said he also rubbed me here," and that he touched her "inappropriate spots." She said that when he asked her if she liked being touched, then said "mommy, what does that even mean," according to the report.

The report says that her parents told her they would need to tell the police, and the little girl "became upset and believed she was going to go to jail." Her parents reassured her she had done nothing wrong and was not in any trouble, the report says.

In an interview with a forensic investigator, the girl said Hampton helped her log into her computer and began touching and rubbing her shoulders and down to her side then rubbed her thighs.

"This particular elementary school student was able to recognize that the situation that they were placed in was not a good one," said Glenpool spokesperson, Mandy Vavrinak.

"He then put his hand between her legs and began rubbing her [privates]. She says this made her feel weird," the report says. "She says that he has rubbed on her before but this was the first time he rubbed her [privates]."

Hampton reportedly confessed to a detective when he was interviewed, according to the report.

"He also disclosed that he had done this to another little girl in this class but did not know her name," the report says. It also says Hampton told police he "knew it was wrong but he could not control himself."

He has been booked as an adult at the Tulsa County jail on a count of lewd acts with a minor. They are in the process of attempting to identify the second child and a police spokesperson says a second count will be added.