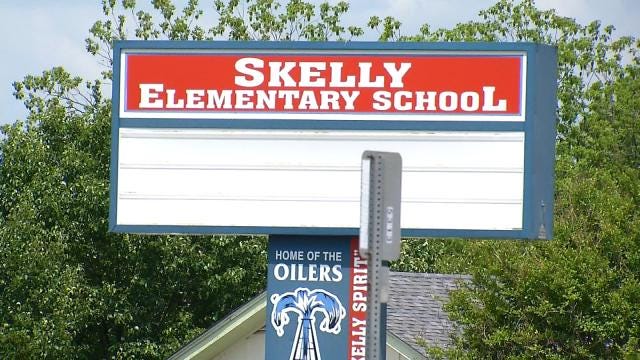 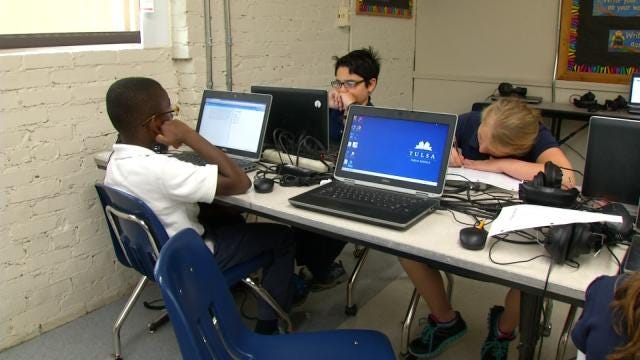 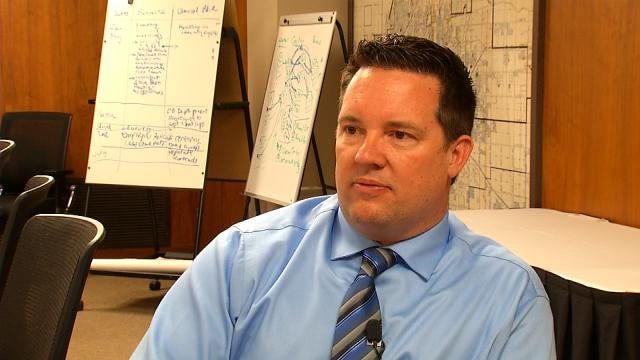 A school testing scandal has two Tulsa Public School teachers under suspension with the threat of losing their jobs. The district plans to fire them for breaking rules on standardized testing.

The district won't say exactly what happened, but a source said the teachers wrote down questions and answers then gave them out to other students.

The two teachers are accused of violating strict rules on how testing is handled and test questions and answers protected.

Because it's uncertain which students might have gotten help, the entire sixth grade at Skelly has to retake their math and reading tests.

Chris Johnson with TPS Accountability said, "They will set an equivalent test for them, it will be online. It will be up to the building testing coordinator and the staff at Skelly to reschedule the testing this week."

The state spells out careful instructions for teachers and students on testing - with two adults required to be in the room to give the test and make sure the rules are followed.

"We've termed it as a violation of test security. One of the things you have to do is keep the test secure, and that involves making sure no one outside of the testing room has access to the test questions or test answers," Johnson said.

The tests involved are state issued tests that figure into everything from student placement, to teacher evaluations and grades for schools.

There is no test for sixth graders with greater implications.

At Skelly, teachers Rebecca McCall and Jo Dawn Sallee were removed from their classrooms when TPS learned of the allegations.

The state department of education is monitoring the investigation and could revoke the teachers' certificates once it's over.

"It can have some serious ramifications. Anytime you're dealing with high stakes testing, or state testing, or a security breach," Johnson said.

He said retests should be done this week, with about 90 minutes for each test for every student.

The retest is just different questions over the same subjects.

Monday night the school board will set hearings where the teachers can fight the dismissal.