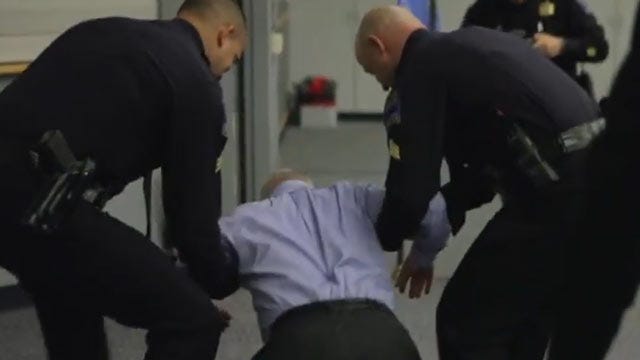 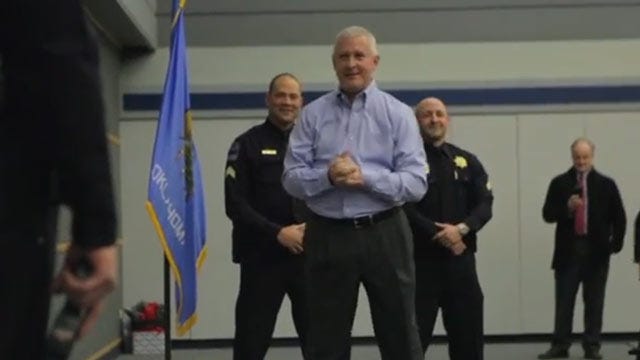 The chairman of the newly formed Tulsa Police Department Foundation kicked off the foundation's first project by getting tasered.

Roger Chasteen was joined on stage earlier this month by several police officers as he demonstrated the new tasers the foundation will be donating to TPD.

After the demonstration, Chasteen returned to the podium to talk about the safety of officers using tasers.

“Research shows that a department-wide use of Tasers reduces incidents of officer injury up to 86-percent and citizen injury up to 79-percent. It also lowers excessive force claims by 95-percent and workman's comp claims by 93-percent” said Roger Chasteen.

“And there are countless examples of lives being saved due to the less lethal force applied by Tasers. I believe our police department, citizens and our city will greatly benefit from this program.”

The TPD Foundation plans to donate 400 tasers to the police department this year with the first 100 tasers to be made to the city within the next 45 days.