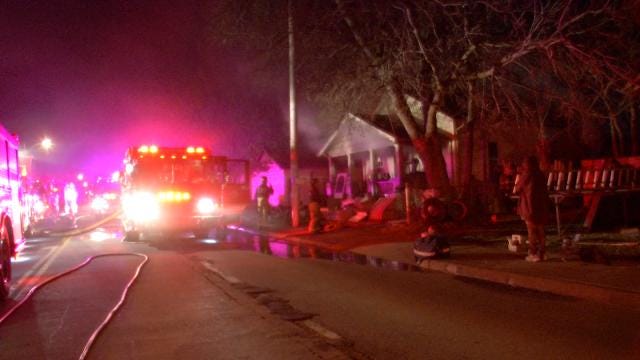 The Red Cross is helping a Tulsa couple after a house caught fire early Saturday morning.

The Tulsa Fire Department responded to a home in the 4100 block of West Charles Page Boulevard around 6:00 Saturday morning after the homeowners woke to smoke and called 911.

According to Tulsa Fire Captain Brian Lloyd, when firefighters entered the home and cleared it of any more victims, they found a fire in the back of the home.

He said the fire started near a running generator, but the cause is still unknown.

Lloyd said the inside of the home was destroyed by smoke.