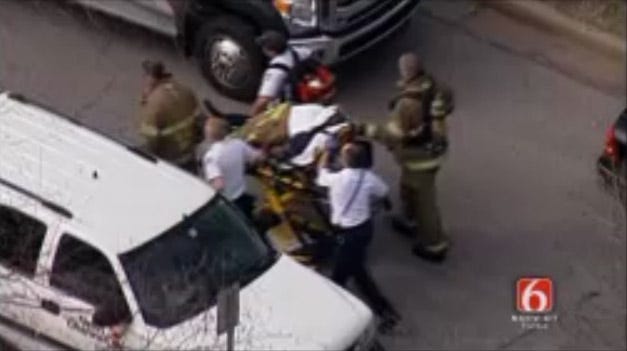 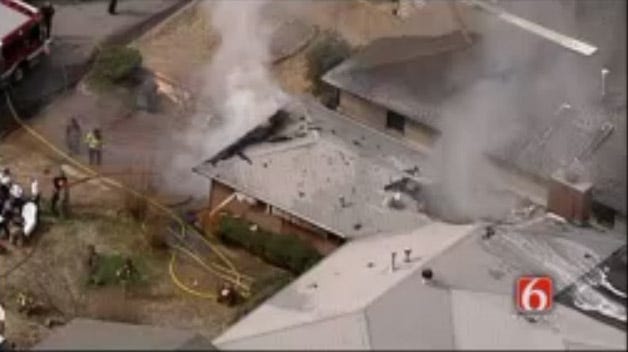 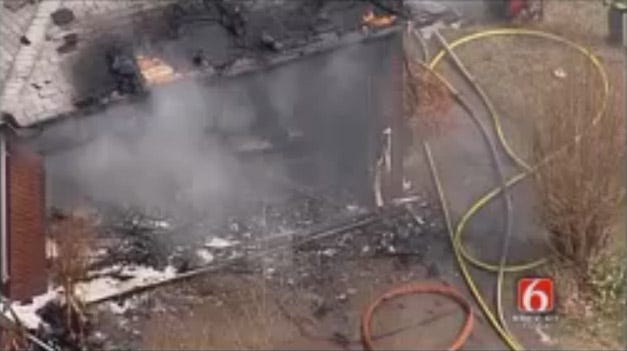 A firefighter was hurt battling a fire in a house in south Tulsa Friday afternoon.

The scene of the fire was near the intersection of 46th Street and South Quincy.

Video from Osage SkyNews 6 showed firefighters and paramedics working on a Tulsa firefighter in the front yard.

The video from Osage SkyNews 6 also showed flames shooting out of the roof in the central part of the home, as well as extensive fire and water damage to the garage.

They believe the fire originated in the garage area, and that the residents had just moved into the home. They were planning some renovations to the house and were storing their personal property in the garage.

The fire has been ruled accidental, but the investigation continues to look for the exact cause.

Keep checking back for more details as they become available.