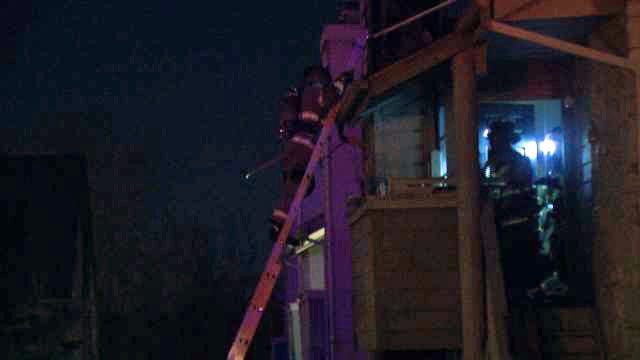 Firefighters said two families in an east Tulsa apartment complex were forced out of their apartments after a small fire early Friday morning.

The Tulsa Fire Department was called to the Silverstone Apartments in the 13000 block of East 31st Street at 12:45 a.m.

Fire officials said a chimney of a second floor apartment caught fire. The fire was extinguished once firefighters got on scene.

The family living the apartment was able to get out safely.

Because of water damage, firefighters said a family living directly below had to leave as well.

There were no reports of any injuries.