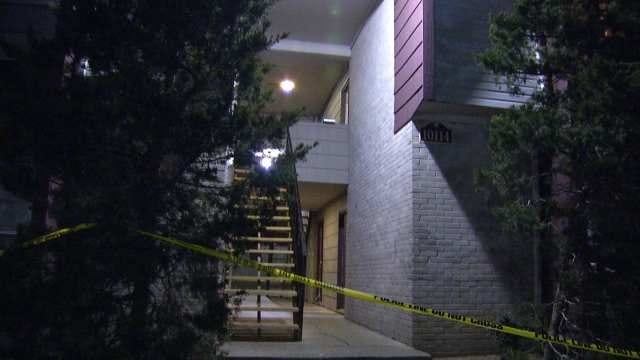 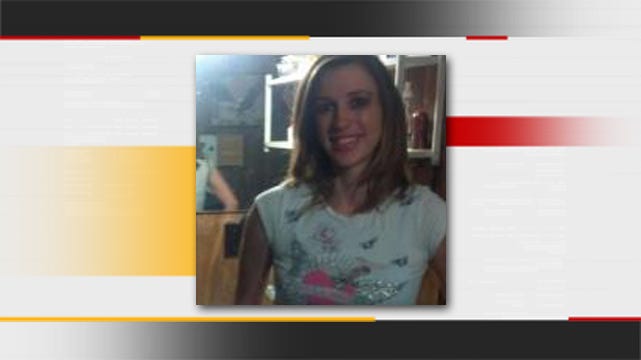 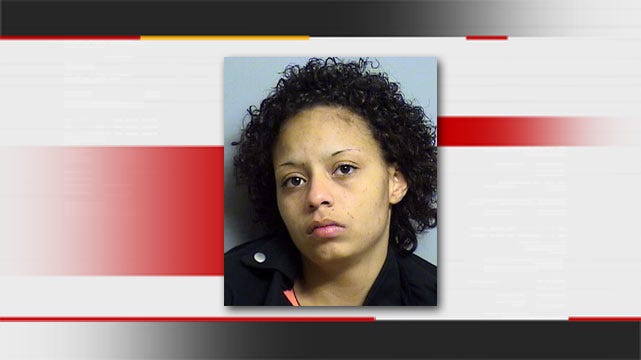 A deadly shooting in Tulsa Sunday evening left one woman dead and another in the Tulsa County jail.

Tulsa Police identified the victim as 22-year-old Emily Clark. They say Clark was from Neosho, Missouri and moved to Tulsa.

Clark's Facebook page says she graduated from Wyandotte high school in 2009. It says she's single and worked as a cashier at Sweet Valley donuts.

An officer happened to stop Clark and interview her while she was walking near a hotel on Sunday afternoon.

Officers went to the motel room and found three people inside. Just five hours later, Clark had been shot to death inside an apartment and police say some of the same people who were at the motel, were also at the apartment.

Investigators say Clark was shot in the head at the Addison Apartment complex, near South 101st East Avenue and East Admiral Boulevard, at about 7:30 p.m. Sunday.

Clark was pronounced dead at a Tulsa hospital.

Police interviewed three people in connection with the shooting and arrested 25-year-old Chiquita Bulger and booked her into jail on a complaint of first degree murder.

According to the arrest report, Bulger changed her story to police a couple of times. First, she told police she was standing a few feet away from Clark in the kitchen, and heard the front door open and a gun shot, but didn't see the shooter. Then, she told police the shooter threatened her, saying she was next, but that she didn't see or know who it was.

"It's beyond me how people think they can just lie their way out of a murder," said Sergeant Dave Walker.

Other witness statements conflicted with Bulger's.

A witness who lived in the apartment told police she was in the hallway and heard the gun shot. According to the arrest report, the witness told police she walked into the front room and saw someone taking a gun away from Bulger. She told police Bulger said the victim had "snitched."

Another witness told police that he was in the apartment with  Bulger, her child, and Clark. He said, according to the arrest report, that Clark was sitting on a barstool just behind him and Bulger walked up behind her and shot her in the head.

The witness told police Bulger then started to wave the gun around at everyone else and he took the gun away from her, then gathered the children and drove to a friend's house.

According to the arrest report, the witness said he threw the gun in a dumpster, where detectives later recovered it.

Tulsa Police said this is the city's 13th murder of 2013. Of those 13, police have made arrests in 12, and the remaining one is close to a resolution.

Detectives aren't saying exactly why Clark was killed, but they said it was not a random shooting.

"The victim brought this upon herself. Whether she deserved to die for what happened, I can absolutely say no," Walker said.

Sergeant Walker said all murders are senseless, and leave behind grieving families, but the reason behind this murder is almost childlike and sophomoric.

He said there's no reason this young woman is dead, other than the suspect had a gun and decided to use it.

"When you look at the reason, when it all comes out, we'll be like, 'What are we thinking in Tulsa?' because we have seen enough of the stupid murders," Walker said.

Sergeant Walker said this investigation is not over by a long shot, and that there are other people who need to be held responsible for their roles in Clark's death.