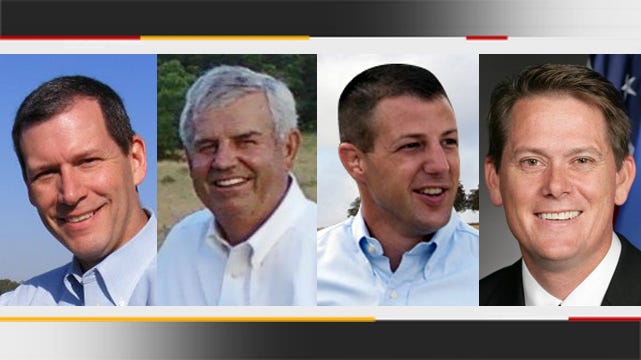 With 98 percent of precincts reporting, News On 6 is declaring Markwayne Mullin and Rob Wallace the winners of Tuesday's primary election in the race for the District 2 U.S. House of Representatives.

Mullin, the Republican candidate for District 2 U.S. House of Representatives, has 57 percent of the vote to George Faught's 43 percent.

Democrat Wallace has 57 percent of the vote to Wayne Herriman's 43 percent.

It was the highest profile race in Tuesday's runoff election.

Get the latest election results

Mullin and Wallace will now face each other in the November race to replace retiring Congressman Dan Boren, a Democrat.