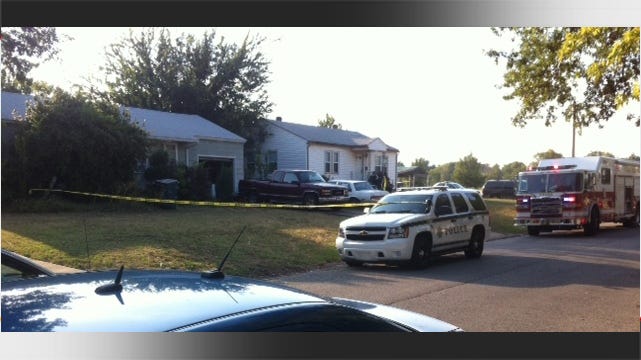 Police went to a home in north Tulsa to serve a search warrant Monday, but something they found in the house prompted them to call in the bomb squad.

Police said they were there to serve a warrant for complaints having to do with stolen property and drugs when officers found a chemical they believed to be an explosive.

TPD's bomb squad was called to the home, as well as a hazardous materials unit.

The bomb squad tested the chemical and found that it was an explosive. They detonated it in a controlled explosion, but have since found more inside the house. They've also detonated two explosive devices.

Captain Ryan Perkins, Tulsa Police, said, "We're also, of course, gonna try to take a sample of it to the best of our ability with the Hazmat unit and some of the support functions that the bomb squad has."

TPD's bomb squad is still in the process of removing all of the chemicals from the house and disposing of them.