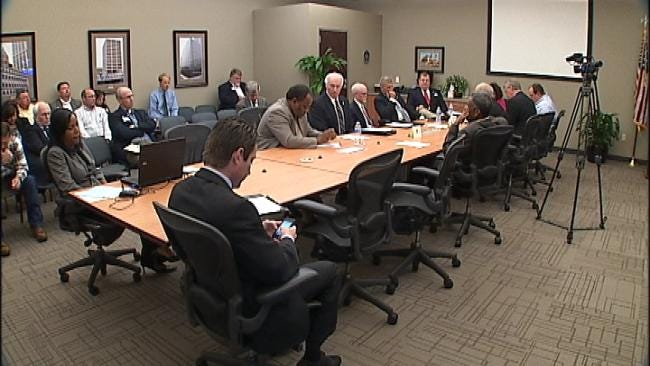 A week and a half ago, Tulsa's city council made some changes to the trash service, but it won't matter.

That's because the changes didn't come soon enough for them to make it happen over the objections of the mayor.

Paperwork might move instantly in many places, but the best you can hope for at city hall is overnight, even though it's just up a few floors from the council to the mayor.

It was an animated discussion over whether the council could set the guidelines for how trash is picked up, but all the talk - and their vote - now means nothing.

The council wants trash pickup to stay as it is and tried to make it city policy. But the pipeline of paperwork didn't go as fast as they hoped.

"It's apparently too late, it's unfortunate, I regret it deeply, but it appears there isn't anything we can do," said Tulsa City Councilor Rick Westcott.

"The people need to know we tried, but we got railroaded on this one," Barnes said.

But City Clerk Mike Kier says that's not what happened. Kier says he's required to send paperwork to the mayor within two days - and points out the council only asked in the meeting that it go in one - and it did.

A handwritten note to "rush" it - doesn't carry weight when it comes to official paperwork. But it wouldn't matter if the council had not waited until the very last minute.

"For a long time the city attorney's office kept telling us that if we took any action, we would be subject to a lawsuit and they wouldn't be able to represent us. On my own, I did some research and found out we could act, unfortunately, I found out at the 11th hour," Westcott said.

Mayor Bartlett said he's going to veto the council's guidelines on the trash service, and he's going to wait until it's too late for this council to override his veto.