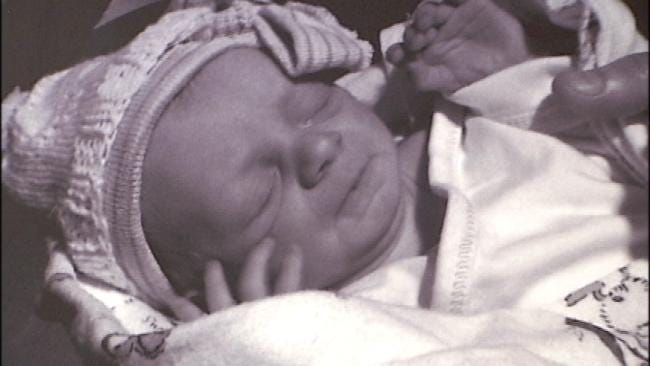 The head of DHS says it's an example of caseworkers doing all they could and still not avoiding a tragedy.

The death of a ten day old Maggie May in a Bartlesville washing machine haunted a community, and even sent shockwaves all the way to the top of Oklahoma's child welfare agency.

Hendrick mentioned the case in a rare sit-down interview.

Maggie May was not in DHS custody. But the Oklahoma Commission on Children and Youth [OCCY] found that nine different reports were made to the agency about Maggie May, her siblings, and her mother, Lyndsey Fiddler.

DHS caseworkers checked on the family three times by the time Maggie May was born.

OCCY's report says caseworkers did note "red flags" twice about Fiddler's drug abuse, but her children were always found to be safe.

DHS says drug use alone does not mean children are in imminent danger.

"Even though there was some mental illness, there was some drug abuse, why would you think that with these other people in the home that would happen," he said.

The report says that DHS met with one-day old Maggie May and her mother, Lyndsey Fiddler. It says "[Fiddler] was willing to work on parenting services."

But it's not clear if she ever enrolled or completed any parenting classes. Hendrick says the system worked, but caseworkers aren't clairvoyant.

"Even though we had a terrible result, because the workers did what was expected of them. They weren't Monday morning quarterbacked. They were there. They did the best that they could do," Hendrick said.

Director Hendrick mentioned Maggie May's family had a safety plan in place. DHS recently released a review of its procedures by some outside experts and safety plans were mentioned.

That report found that there was "some level of concern" about caseworker's ability to create sound safety plans.

A DHS worker said in that report: "Safety plans are only as good as their monitoring and ours are not always monitored well."