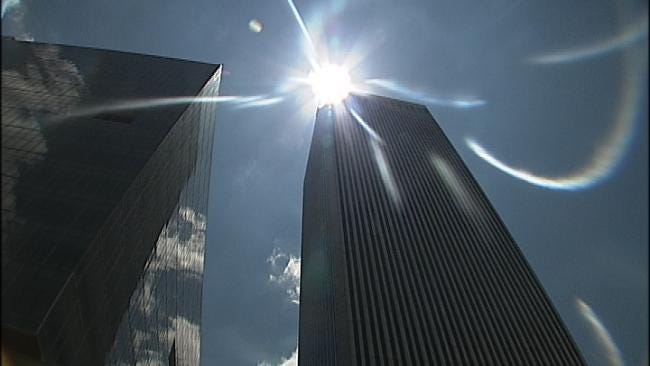 TULSA, Oklahoma -- To date, this summer is the hottest on record, according to the News On 6 WARN team. And this week, it's only going to get worse.

"Afternoon highs in the 105 to 114 range this week with morning lows in the upper 70s and lower 80s," News On 6 meteorologist Alan Crone said.

Monday's high is expected to reach 109 degrees, before climbing to as high as 112 by Wednesday, thanks to a westerly wind.

A weak cold front will help temperatures drop a little as we head into the weekend.  News On 6 meteorologist called the cold front a "not so hot" front.

It's not just Tulsa and the surrounding areas that are dealing with the extreme heat.

The month of July set a record as the hottest month ever recorded in Oklahoma, according to the Oklahoma Climatological Survey.

The Climatological Survey said Grandfield in southwestern Oklahoma was the warmest spot in the state with an average July temperature of 93 degrees.

See a full list of counties under heat warnings, watches and advisories.

"Check on the elderly, make sure you and your family stays hydrated, and take frequent and long breaks if you will be working outside today and this week," Crone said.See our Extreme Heat section for more tips about surviving the summer.

Could there be some relief in the near future? Crone said a few storm systems will move into the state next week.

"It may be hard to imagine at this point, but things are going to slowly change soon," Crone said. "The sun angle is changing already and the sunset is occurring a few minutes earlier week by week."