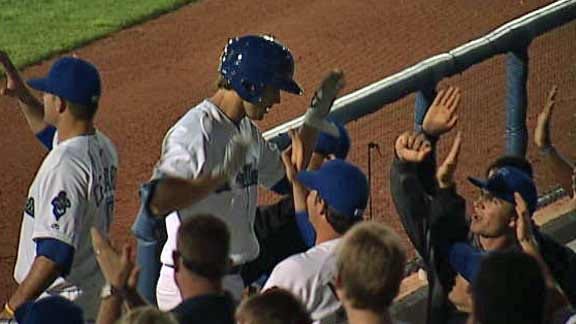 LITTLE ROCK, Arkansas -- Tulsa starter Dan Houston turned in a lights-out performance Friday and shut down the Arkansas offense, leading the Drillers to a 4-0 win over the Travelers to open the four-game series.

Houston (3-2) pitched a complete-game for Tulsa (50-54), giving up just three hits and striking out 10 Arkansas batters in the process. Loek Van Mil (3-4) came away with a loss after giving up four unearned runs in the top of the ninth inning, allowing four hits in his 3.1 innings of service.

His four unearned runs came in the top of the ninth with two outs on the board.

Wilin Rosario reached on a catch error at first base, which allowed both Erik Wetzel and Tim Wheeler to score and give Tulsa a 2-0 advantage. Bronson Sardinha followed with a double to left field to bring Rosario home and stretch the lead to three runs.

Thomas Field capped off the scoring with a ground ball RBI to right field to bring Sardinha home and make It 4-0 for Tulsa.

Tulsa will attempt to make it three consecutive and back-to-back wins over Arkansas at 7:10 p.m. Saturday.