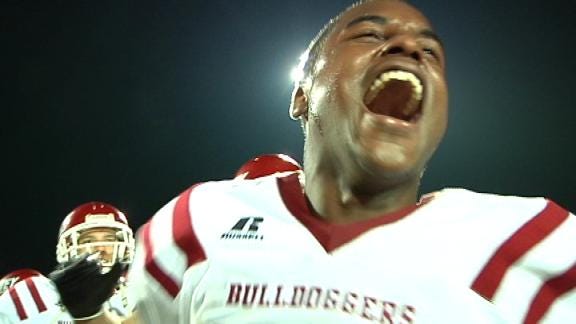 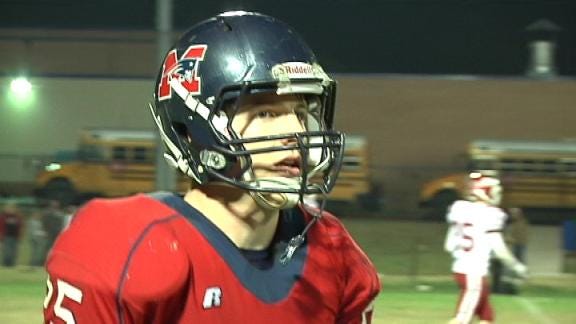 TULSA, Oklahoma -- Senior quarterback Beau Marsaln led Metro Christian to a perfect regular season record, but couldn’t find a way to push his team past the Dewey Bulldoggers in round one of the playoffs, as the Patriots lost at home in dramatic fashion, 28-21.

With less than four minutes to go in the fourth quarter, Marsaln led his team down the field. The senior hit Rylan Hess for a 47-yard pass play to set up Metro Christian inside the Bulldoggers’ 10-yard line.

After three straight runs by Marsaln were stalled by the Dewey defense, head coach Jared McCoy elected to go for it on fourth-and-goal from the 2-yard line. The Patriots set up for another QB keeper, but Marsaln never got his hands on the ball. The snap sailed over his head and Dewey recovered.

The Patriots’ defense stood tall on the next drive and forced Dewey to punt. The Bulldoggers defense took over from there. The unit that came into the game allowing 19 points per contest, the same unit that gave up 21 points in the first half to the top-seeded Patriots, forced a huge three-and-out with less than a minute to play.

Metro set up for the punt but had more problems with the snap. The ball sailed over kicker John Weidman’s head and went all the way down inside the 10-yard line before a Bulldogger pounced on it.

Dewey notched five games of 40 or more points, but only needed 28 to put away the Patriots. On second down, Clint Strate’s throw to the sideline was tipped right into the hands of senior receiver Michael Abell. Abell stretched over the goal line with 20 seconds to go and gave Dewey an upset win in round one.

The Bulldoggers move on to play Clinton in round two next Friday. Metro Christian’s season ends with a 10-1 record.