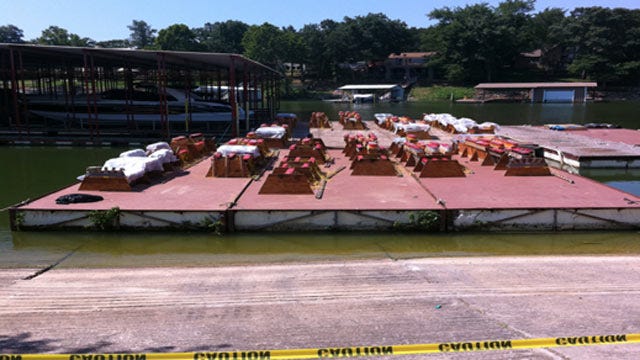 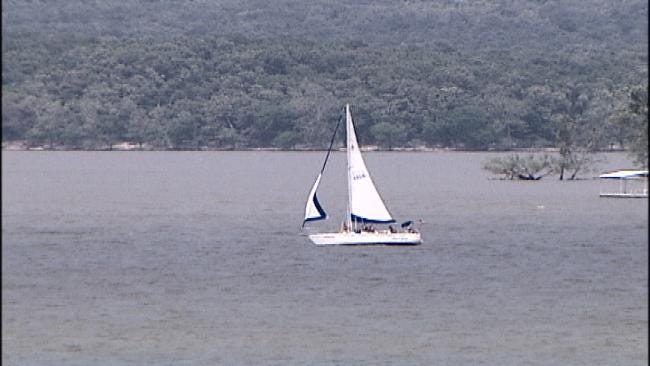 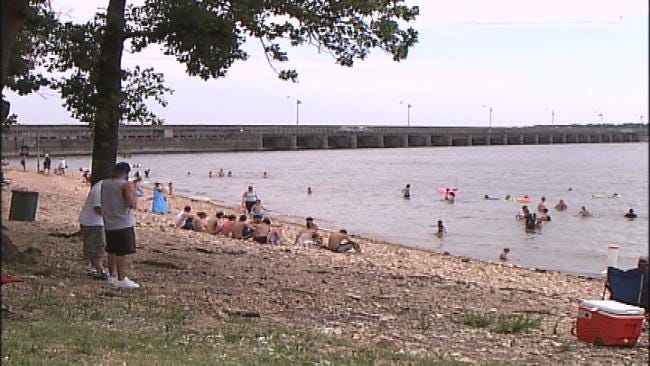 KETCHUM, Oklahoma -- Thousands of people are planning to spend the holiday weekend at Grand Lake, but is the warning about blue green algae prompting them to re-think their get-aways?

Many people say they're diving in anyway - despite the danger.

People we spoke to out on Grand Lake tell us they've been following all of the blue green algae coverage so they can plan their weekend accordingly. The algae is starting to drop deeper into the lake, but that doesn't mean it's going away.

And when it comes to lake goers, reactions are mixed. Lake goers we spoke to say they're aware of the blue green algae, but they'll be in it unless they're forced to stay out.

"Well now there's some people out on the lake now," said Kelly Krouse, a Grand Lake homeowner. "I will be in the water, on my raft, in the boat, on the jet ski. We'll be - we'll be doing it all."

But if they can't get in, some say they'll just pack up and go.

"We'll probably go back home and swim in my swimming pool," Krouse said.

Some tell us they'll chance the blue green stuff to log some lake hours.

"I don't imagine we'll be swimming in the lake, but we'd certainly like to take our boat out; that's why we're here," said lake goer Bill Cutsinger.

"We were informed about it right when we got here," Ben said. And they jumped in the water anyway.

"I mean as you can see now, it's quiet," Krouse said. "There's usually boats and jet skis going through the cove and stuff, and it's quiet. There's nobody on the lake."

This has many local business owners worried about their weekend sales.

Governor Mary Fallin released a statement earlier Friday morning saying there are plenty of things to do around the lake and outside of the water.

Regardless, people we spoke to say they're worried about how the algae will affect the local economy.

"It's going to have an effect on things, just what it is - won't be able to tell you until it's over, you know," said Joe Harwood, owner of Arrowhead Yacht Club. "I just hope we don't have too much negative impact for anyone on Grand Lake.

Organizers say, algae or not, the Duck Creek fireworks display on Sunday will happen. They promise this year's production will be bigger and better than ever.