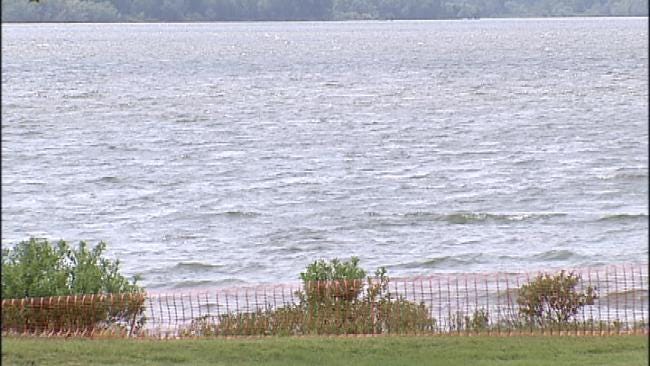 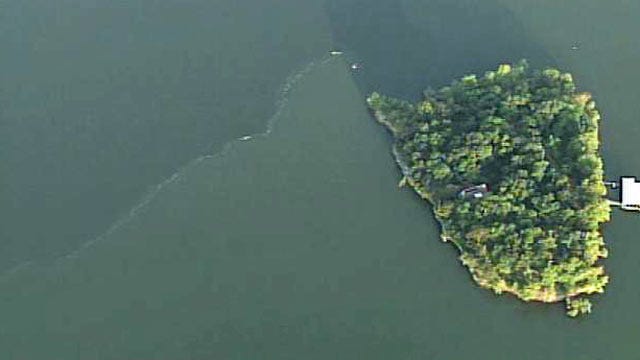 The GRDA told News On 6 it considers the algae outbreak a "very serious situation." The GRDA board, along with the Oklahoma Department of Environmental Quality, has called an emergency meeting for Friday at 1:30 p.m.

The meeting is taking place at the offices of David Chernicky, chairman of GRDA's board of directors, at 1307 South Boulder.

Depending on the DEQ's recommendations, the GRDA says it could decide to close portions of the lake or even shut down the entire lake.

His office confirms the Senator is on the mend, recovering from "upper-respiratory illness," one of the signature symptoms of blue green algae sickness. The senator swam in the lake on Sunday, June 26, 2011.

Blue green algae was found in Ketchum Cove and Party Cove on Wednesday, June 29, 2011.  It was also found near Bernice State Park and in parts of Horse Creek and Duck Creek last Friday, June 24, 2011.

The DEQ is waiting on results from water samples at Woodward Hollow and Honey Creek to determine if BGA was found in those parts of the lake.

Blue Green Algae is not toxic most of the time, but toxins can be produced in some algae blooms.  It's naturally present in low numbers in lakes, but can become abundant in shallow, warmer water that gets a lot of direct sunlight.

According to a fact sheet from the DEQ, it may look like green, bluish, brownish, or reddish-green paint and may look like a thick green mat when it washes on shore.

Closing Grand Lake for the July 4th holiday would not only put a damper on the lake's huge fireworks shows, but could cost lakeside businesses one of their most profitable weekends of the whole year.

Following the board meeting Friday afternoon, representatives from DEQ and GRDA will answer questions from the media.

Keep checking here for new developments in this story.  NewsOn6.com plans to live stream the meeting, the news conference and offer a web chat starting at 1:30 p.m.