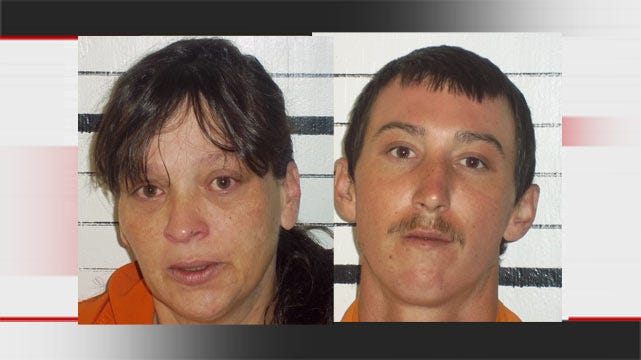 Invesitigators said the abuse happened inside a home on Lawrence street.

Five hours later, she discovered the girl's diaper was only partially on. The affidavit said she noticed the girl appeared injured in the genital area.

The girl was taken to the hospital the next night.

Lieutenant Bobby Lee was one of the first investigators to see her in the hospital.

"In my 20 years in law enforcement down here, it is one of the more brutal sexual abuses I have ever seen," Lee said.

A man identifying himself as the child's grandfather arrived at the home late Tuesday morning. He wouldn't talk on camera and denied abuse ever happened.

"When I read it in the paper this morning it just made me sick at my stomach," Janine Goodwin, a neighbor, said.

Janine Goodwin lives behind the home. She said she never even knew there was a child living there and never saw the two suspects. She said the thought of what may have happened so close to her home is terrifying.

"It really is," she said. "Especially when you have lived here as long as I have and you've raised your kids and had your grandkids here."

Muskogee Police say the state Medical Examiner's office has not released an official cause of death, but investigators do not believe at this time that the death is a result of the alleged sexual assault.