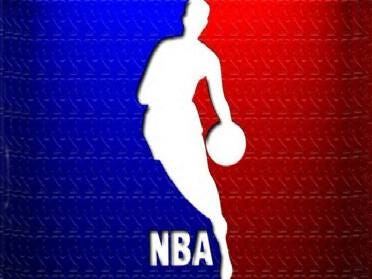 Oklahoma City was making its pitch to commissioner David Stern and representatives of four NBA teams Tuesday that the city is ready to permanently host a franchise.

Stern and representatives of the San Antonio Spurs, Los Angeles Lakers, Indiana Pacers and New Jersey Nets were due to tour the Ford Center and see a presentation from SuperSonics owner Clay Bennett, Mayor Mick Cornett and Gov. Brad Henry at a downtown hotel.

The task was to give the league reasons why a franchise should be moved from a much larger city and television market to one that would be among the smallest in the NBA.

"A lot of our message is derived around that because if you come from the East or West Coast, your first instinct is probably not to move an NBA franchise from a large city to Oklahoma City," Cornett said.

Cornett said the presentation would include the team's potential business model and a history lesson about Oklahoma City's renaissance launched 15 years ago by a public-funded initiative that included the construction of the Ford Center arena where the SuperSonics would play. The New Orleans Hornets played two seasons at the arena following Hurricane Katrina.

On Tuesday morning, City Council members approved terms of a 15-year lease with the SuperSonics that would require the team to pay the city $1.6 million annually to use the Ford Center and another $409,000 per year to be able to resell the arena's naming rights.

Former Oklahoma state Rep. Wanda Jo Stapleton voiced concerns to the council that the lease leaves the city in position to pay for any cost overruns beyond the approximately $121 million provided by a sales tax extension approved by voters earlier this month.

The sales-tax extension would also pay for an approximately $24 million practice facility. The lease calls for the SuperSonics to pay $100,000 rent on the building.

"It's in black and white there that the city will pay for the cost overruns, and there could be tens of millions of dollars in cost overruns because they've given the team owners free rein to make any changes, whatever they want, during the entire construction period," Stapleton said. "It's just a blank check, that's all it is."

OKC City Manager Jim Couch assured Stapleton that the lease would allow the city to make any cuts necessary to keep the project within its budget. Cornett said it was the city's intent to keep the renovations within whatever funds are raised by the sales tax extension.

"We have a very good history of building stuff on time and being financially responsible," Cornett said. "I understand that this is going to take a very high level of scrutiny and we accept that and look forward to once again living up to what we said we would do."

Joining Stern during the visit were Spurs owner Peter Holt, Nets owner Lewis Katz, Pacers owner Herb Simon and Jeanie Buss, the daughter of Lakers owner Jerry Buss. Holt, Katz, Simon and Jerry Buss are four of the members on the NBA's relocation committee that will recommend to league owners whether to approve the Sonics' relocation during their April 17-18 meeting.

The other members -- Miami Heat managing general partner Micky Arison, Chris Cohan of the Golden State Warriors and Ed Snider of the Philadelphia 76ers -- did not make the trip.

For continuing coverage of this developing story, visit our statewide partner, News9.com.